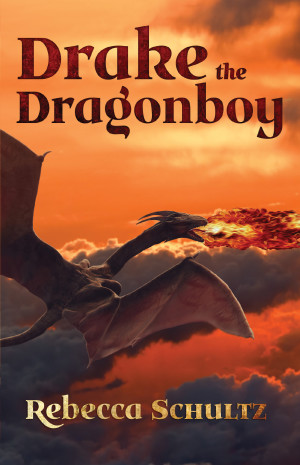 Drake hero-worships his clever father, who has invented a protective force-field to shield people against attack from the dreaded Quintas.  Drake is one of the Dragonfolk who have evolved from original dragons to become quite insignificant two-legged, fluffy-haired and short-winged creatures.  When his father is kidnapped, Drake and friends set out across dangerous wasteland to rescue him.  Many previously hidden truths about the wider world and its inhabitants are revealed, and the question is raised – is Drake’s father really a hero?

Mid-to -upper primary boys should be drawn to this story, however plot and characterisation are rather more told than shown and this novel is ultimately rather disappointing and does not live up to its colourful and exciting cover.