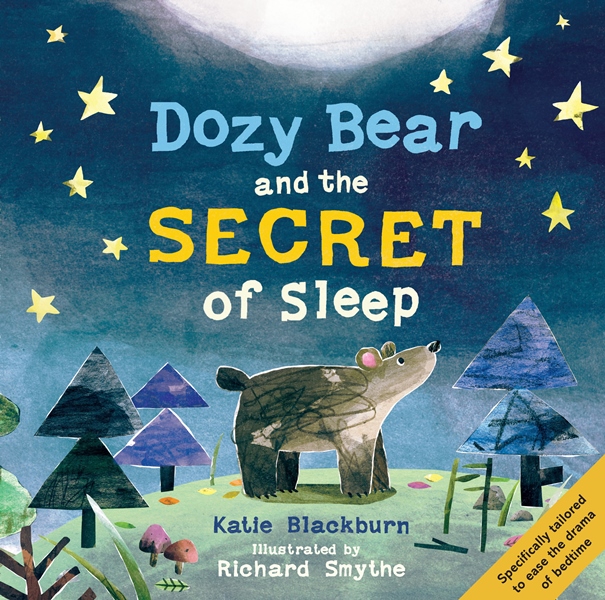 With a note on the front cover saying “Specifically tailored to ease the drama of bedtime” and one on the back stating “uses tried-and-tested techniques to help both adult and child unwind at bedtime”, many parents will have high hopes of this book helping their fractious, overtired toddlers nod off.

Little Dozy Bear tries to go to sleep but he has trouble. First his mother suggests snuggling down and waiting for sleep to come – but it doesn’t. Then his father gives him physical relaxation tips about wriggling from his toes all the way up to his nose. He feels heavy but still can’t sleep. His Nana makes a suggestion and then Granpy – all to no avail – but then Mama returns with a final successful technique.

The text is not at all preachy or prescriptive. It is a well-told story with the narrator speaking directly to the child reader at the beginning and the end but not interfering with the tale during its telling.

The illustrations appear to be collage with crayon and watercolour. The colours are muted as suits the night-time theme and the animals are stylised rather than realistic. Leaving aside the niggle that bears do not live near monkeys, giraffes, elephants and hippos (except in zoos), this anthropomorphised bear family wrestles with an issue that affects every family at some stage – even the parents!