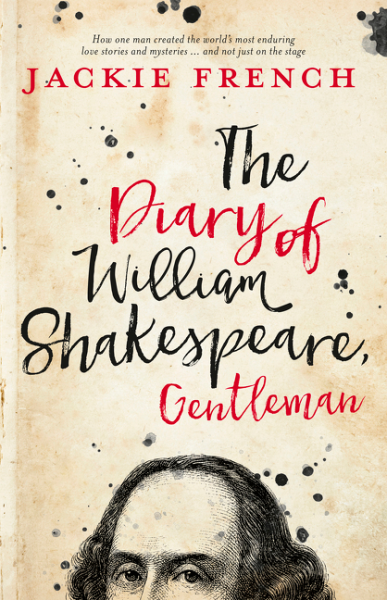 This year is the 400th anniversary of Shakespeare’s death, and still comparatively little is known about the details of his life. The primary sources of information are few and far between, but using these and other research on the life of the Bard, Jackie French has woven together a plausible life and character for England’s most famous playwright. As noted in the title, this book takes the form of a diary, written by Shakespeare after retiring from the theatre to live as a gentleman in his home town of Stratford-upon-Avon.

The text is accessible for the secondary reader – at one point in the diary Shakespeare mentions that he writes his journal plainly, not the poetry of the stage. Jackie French has woven her magic again in the genre of historical fiction – she has taken what might have been a dry or uninteresting subject to secondary readers and made it interesting, engaging and relatable. There are Author’s Notes at the end of the book which shed light on some aspects of the diary and of post-Tudor England. They also speculate on inconsistencies surrounding Shakespeare’s death. It will make readers want to find out more about Shakespeare and his children. Recommended.