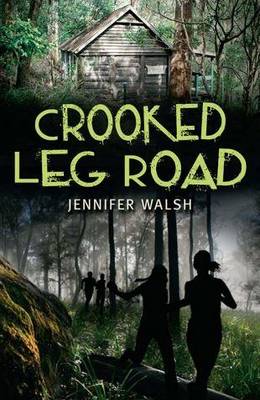 An adventure story, Crooked Leg Road, has a good sense of suspense and mystery.  Four friends become involved in what appears to be a planned kidnap and, when one of them seems to have disappeared, the worst fears of his friends seem to have been realised.  The plot is not quite as straightforward as that, however.  But when they find that overseas problems can intrude into a peaceful Australian summer, the friends are called on to show courage and initiative.  They learn that people are not always as they seem, that sometimes those in public office are not trustworthy, that seemingly causal and unaware people can be really astute and aware, that the seemingly most self-assured one in the class might well not be at all and that even those you trust sometimes keep things from you.

This is also a story of friendship and loyalty and the need to accept others.  The previously strongly-knit group of friends seems to be threatened by new people at school and they all need to make adjustments.  In addition, one of the ‘outsiders’ comes from another country and the language he speaks is the same as that spoken by the men who belong to the threatening gang lying in wait outside one of their houses.  Is there a connection between their new friend Skender and these men?  How do they know who to trust?  The importance of family, however that might be constituted, is another strong message in the story.  Loyalty to one’s friends and family is constructed as an important part of the plot and it drives the actions of the protagonists in various ways.

This is a generally well-written book in which the characterisation is quite strong.  The personality of each of the friends is well-developed and the adults with whom they interact are sufficiently fleshed out as to be convincing.  Importantly, although the friends drive the majority of the action, the adults around them are not simply ciphers, the way they are in some adventure and mystery books for young readers.