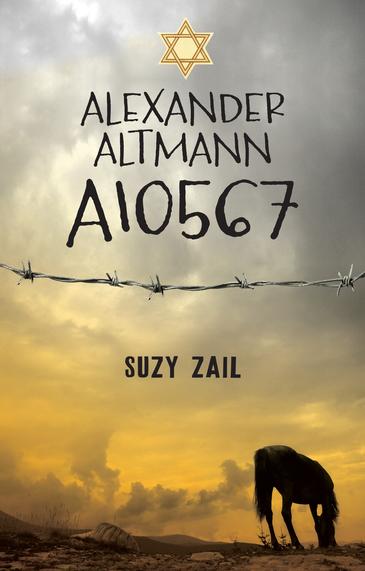 Set in Auschwitz, although this is a novel, its authenticity and vivid, but sometimes sickening, detail make an indelible impression.  The author met survivor Fred Steiner A10567 in Melbourne.  Parts of the fictionalised story are drawn from his life and memories.

At fourteen Alexander Altmann, raised on a farm in Hungary, found himself herded and surrounded by guards who had heavy boots and whips, who could put a gun to his head, or send his little sister to the gas, and there was no way to stop them.  Unlike the real Fred Steiner, Zail’s character resolved to become harder, to be so numb he could be unaffected and even resist efforts by other inmates to befriend or guide him.

In the novel the author reveals how Alexander’s humanity was saved because he could work in the Horse Platoon.  Each day the team left the camp to go to the stables to train and care for the fine horses ridden by the Commander and officers.  Horses and trainers who failed to meet expectations were cruelly dispatched.  Alexander, remembering the wise way his lost father treated such animals, grew to care about an exceptional horse, for its own sake as much as his own, and survived the dire place.

Ultimately, this readable and telling novel contains a universal message.  The signs of true humanity that Alexander experienced in himself, or recognised from others, were the ones that could work to redeem a terrible time.