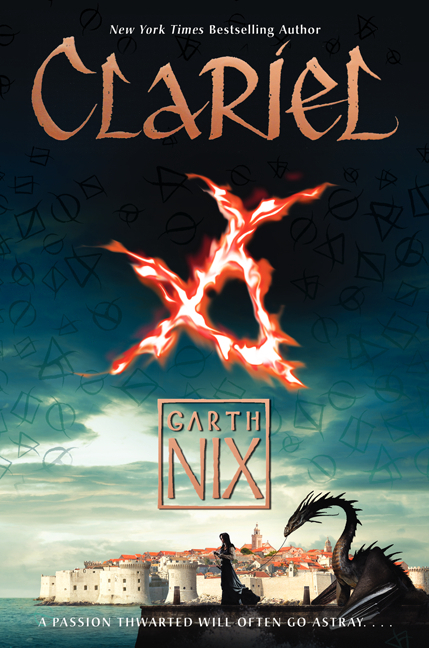 With this prequel Garth Nix returns to the world of his internationally award-winning Old Kingdom Series.  Set some 600 years earlier than the previously published sequence of books (Sabriel, Lirael etc.) this new novel reveals some historical events and fills in some gaps through the story of Clariel (later known as Chlorr of the Mask in Sabriel).  Daughter of a renowned but coldly controlling mother, a blood relative of both the Abhorsens and the King, Clariel is bitterly resentful at being taken from her beloved deep woods to the city of Belisaere where she is destined to enter into an arranged marriage.  Despite her determination to escape back home, Clariel is nevertheless relentlessly drawn into the intrigues, power-struggles and politics of the city.  Attacked by a dangerous, frightening Free Magic creature, Clariel begins to realise she too has some unrealised powers which at first threaten to burst beyond her control.  Clariel is a reluctant hero who has to deal with an unknown cast of friends and foes as she tries to both capture the wild creature and thwart the plans of those wanting to overthrow the fragile, old King.  Who can Clariel trust?  And how will she learn to control her own dangerous powers?  And what motivates Moggett, the unpredictable cat creature?  Those who remember the Old Kingdom series will welcome Nix’s new novel which should also engage new readers into this dazzlingly rich, complex and fascinating world of sorcery and danger.  Highly recommended for secondary readers.