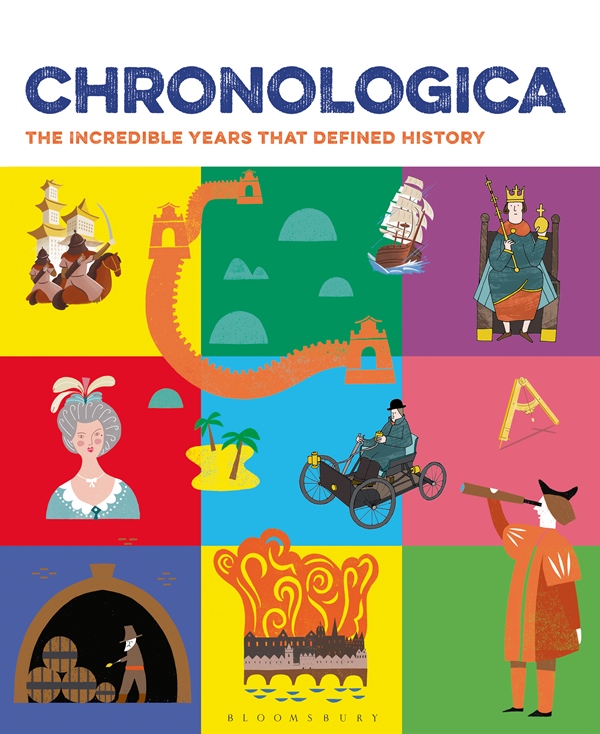 (Compiled by the Whitaker’s Almanack team)

About that sub-title…well… years that defined European history, maybe?  Australian history goes way back, much further than 753BC, the year this book opens at with the myth of Romulus and Remus.  I don’t like that overused word ‘incredible’, because it is all absolutely credible. Wearing the kilt was banned in 1746. Babe Ruth was born in 1895. Jane Austen did die in 1817. That’s entirely credible.  These examples may reveal to you the eclectic collection to be found in this big book.  It takes the world from Roman times to 1991, when the Internet became a public service.

Open it at any page and you can learn something. For instance, Captain Cook gets a page because he was the first European to cross the Antarctic Circle. King Charles, Pocahontas, Robespierre, Robert Peel, Nikola Tesla – and others who have done something to change our understanding of  what we are, who we are, and why we are all appear here.

What was the Boston Tea Party? Why was the East India Company important? Who was John Wisden? Each page gives you something to think about, often with an illustration. The date of the event, birth, or death, is the starting point. There is no controversy here, no confrontation, but the text is clear and interesting making this a useful reference book for early secondary years, before history becomes the dangerous subject that challenges everything. Get the facts, the ones you will find here (or rather the facts the editors have chosen), down – then look for the facts that are hidden or omitted…