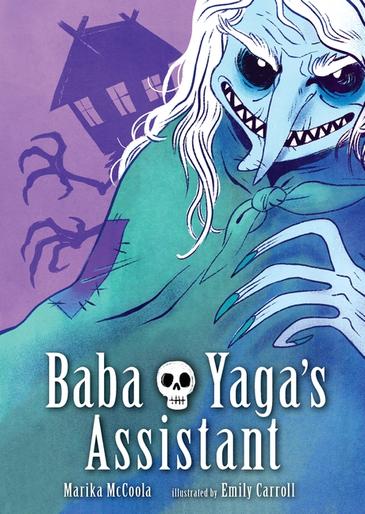 This graphic novel contains two stories featuring the Russian folk legend character – the Baba Yaga. Masha’s mother is dead, but before she died she told Masha many stories. Her grandmother has continued to enthrall the girl with tales of Baba Yaga the frightening witch who lives in the woods. When Masha’s father decides to marry again, Masha answers an advertisement asking for an assistant to Baba Yaga, and gets the job. It takes many tests and considerable effort before Masha is able to find the good side of Baba Yaga and also of her new stepmother.

The two stories come together on a positive note. The illustrations are in subdued colours, but the old crone and her active surrounds leap out at the reader. Here is a new slant on an old story.