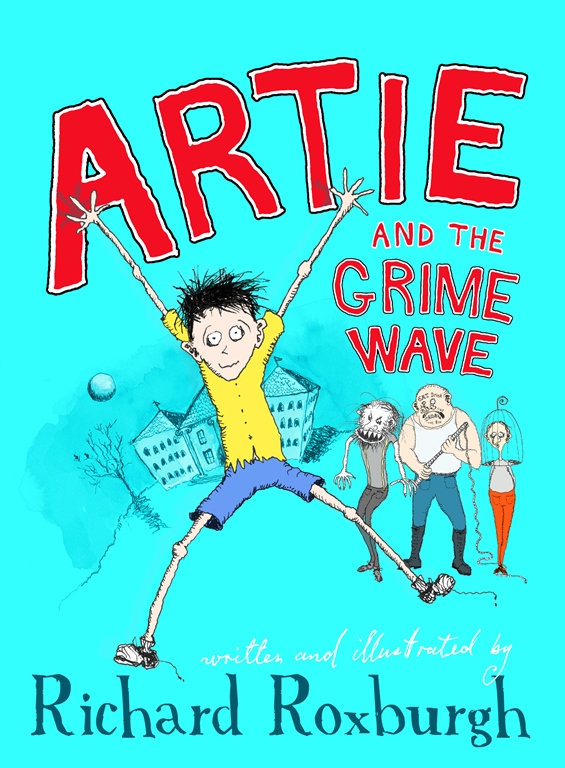 Better known as an accomplished actor, Richard Roxburgh has now delved into writing children’s literature with his first children’s book Artie and the Grime Wave.

This book felt to me like the plot of an Enid Blyton novel combined with the sometimes slapstick, sometimes tongue in cheek humour, and often gross appeal, of so many contemporary children’s novels.

Artie is a hapless child – his home life is miserable and he is badly bullied. When he and his friend, Bumshoe, stumble upon “The Cave of Almost Certainly Stolen Stuff”, they set out to solve the mystery, falling prey to a bizarre and nasty (but not terrifying) crime boss and his horrible lackeys.

The story is fast paced as the boys uncover the shenanigans of a crime gang. When Bumshoe is captured, Artie finds courage and daring that he doesn’t think he possesses, as he endeavours to rescue Bumshoe and the pets the gang have captured. Assistance comes from two most unlikely combatants.

The book is populated with bizarre and ludicrous characters.  These include Artie’s kindly but eccentric Ukrainian neighbours, known as the Unpronounceable-enko’s (love that name),  a grotty old lady named Aunty-Boy, and the  horrible crooks – Mary (whose face is covered in spelling mistake tattoos), Funnel-web and the quite mad Mayor Grime.

Fast paced action, a good dose of humour and grot appeal, and an underdog protagonist who prevails, are some of the elements which will make this book a favourite with boys in the 7-11 year age group.