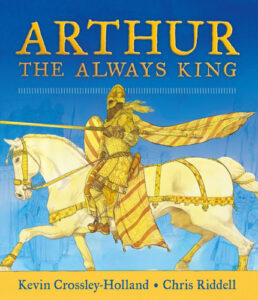 This is a masterly telling of the Arthurian legends. It is as much a resource book as an engrossing, shocking and compelling series of medieval legends. It is the Game of Thrones dialled up to eleven. Between these pages we meet the mysterious and troubled Merlin, his ‘creation’, Arthur, and Arthur’s love Guinevere, the treacherous but equally loyal Lancelot, the great Sir Gawain, slayer of the Green Knight, and Percival who solved the mystery of the Holy Grail. And along the way, monsters, forests, battles, curses, miracles, sudden lust and much treachery; the greatest treachery being Arthur’s son plotting to take his father’s kingdom and his father’s wife to himself. There are many heads smashed and hearts broken. These stories are remarkable for coming to us from the imaginations and minds of people nearly a thousand years ago, retold here in a lively contemporary manner. Perhaps most striking among the many differences of attitude we notice and feel is the power of the women in these stories. Though they might not wear armour or wield swords, they have intellects, pride, magical force, sexual prowess and the ruthless lusts equal to any men. They are as much to blame for the slaughter and mayhem, the romance and honour, as the men are.

We read of Arthur bringing together the first twelve knights of the first round table, his marriage to Guinevere against Merlin’s prophecy of disaster, the history of the seven trials that will eventually destroy families, friendships, loves and kingdoms, not to mention several hundred thousand soldiers. We know by the end that to both win and lose is our fate—that with love comes treachery, that alongside honour there must always be shame. It is deeply startling to see these insights so powerfully presented.  Arthur is a breathless tale of adventure and magic, of power won and lost, ending (as the story of Christ does) with a violent death that promises a future return. Camelot might regain its place in the future—and perhaps this is the dream that keeps so many kingdoms alive, so many dreams going, and so many stories filling our hearts and minds with reminders of what contradictory creatures, at bottom, we are.

The illustrations by Chris Riddell are as bloodthirsty and dramatic as they need to be, while allowing for the mix of medieval feel and magic horror necessary to these stories. On every page there are details, expressions, gestures enough to keep a child watching while the story is read aloud. Walker Books can be congratulated on producing a work that will be treasured by many children and families.