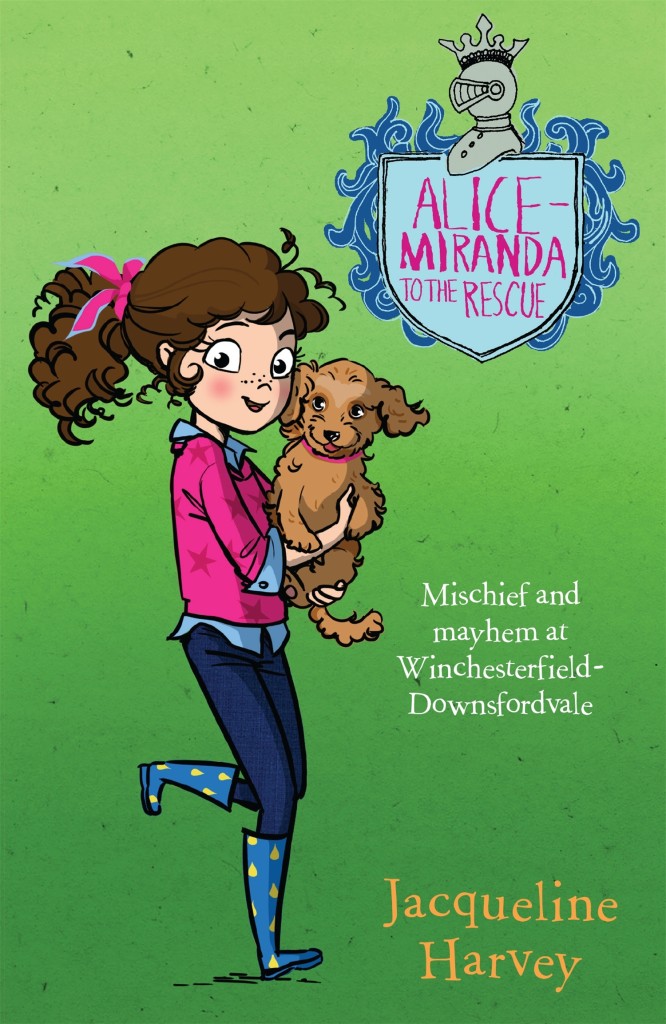 Alice-Miranda Highton-Smith-Kennigton-Jones is a boarding school student at Winchesterfield-Downsfordvale Academy for Proper Young Ladies. Yes, it is all very proper and as you can imagine, a little over-wrought in Alice-Miranda’s world.

Alice-Miranda to the Rescue is the 13th in Jacqualine Harvey’s romping series and the large cast of characters have already had its fair share of mishaps, mayhems and mysteries to solve. As a child, I adored Enid Blyton’s The Naughtiest Girl series and noticed many similarities between the two series.

The book begins (as it invariably does in these stories) at the start of term, with Alice-Miranda and her cohorts excited about the upcoming wedding of their teachers Mr Plumpton and Miss Reedy. Add to this an arrival of a lost puppy, a fire in the stables, the excitement of the prestigious Chudleigh’s Dog Show being hosted in the nearby village as well as tackling the cruel world of puppy farming—the story becomes much more complex than Blyton’s take on English boarding school life.

The cast of characters, albeit stereotypical, are colourful and humorous, with a great range of personality types and character flaws. Village busybody Mytrtle Parker and her long-suffering husband Reg, Roberta Dankworth, the highly-strung dog breeder and her long-suffering husband Barry … you get the picture. The staff at the school are strict and sweet in equal measures and children will giggle at their antics and odd behaviours.

Only Alice-Miranda seems to sail above it all with self-awareness and maturity beyond her years. As an adult reader, I found her unfailing cheerfulness and talent for always saying the right things, cloying and unrealistic, however, 8-10 year old girls will perhaps see her as a heroic and strong female role-model.

A great romping, read for mid to upper primary.