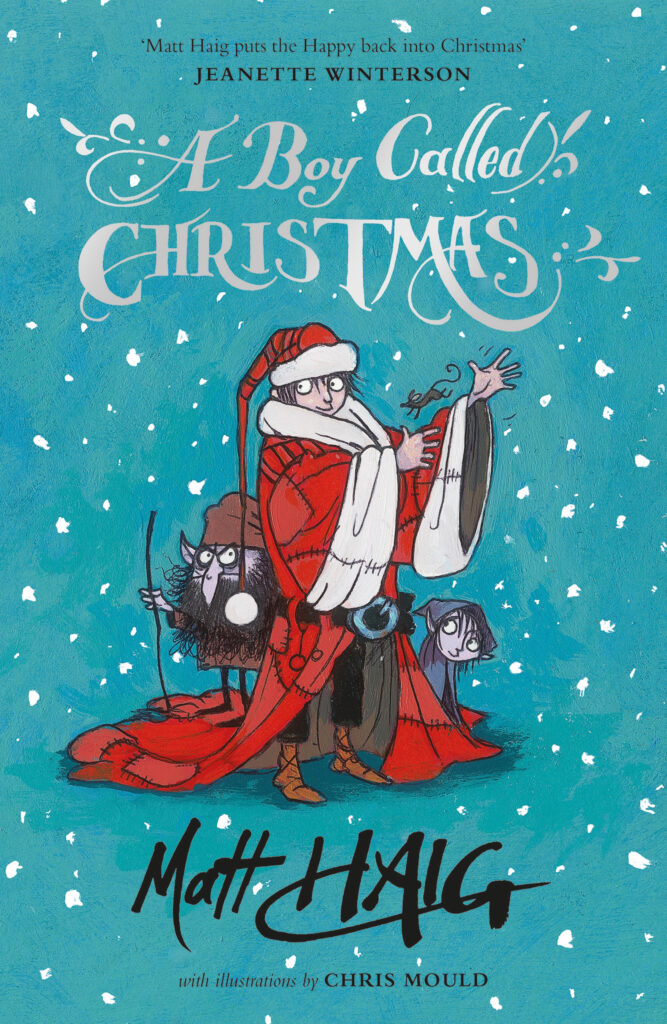 Did you know the story of Nicholas, the young boy who variously became known as Father Christmas or Saint Nicholas or Santa Claus?

Nicholas is the son of a poor woodcutter living in wintery Finland who goes on a journey to prove that the elves and their town do exist, leaving his young son in the care of his wicked sister, Aunt Carlotta. Nicholas finally rebels against Aunt Carlotta’s harsh rules and lack of food and goes search for his father. So, he sets off on his own quest, believing in the magical stories he has been told and confident in his own abilities. He has to battle against fierce animals, wicked elves and the harsh landscape, while assisted by a magical reindeer named Blitzen as well as the others which we know . He escapes from his imprisonment in a tall tower because he believes in his own powers. Miika, the cheese-loving mouse who has never actually seen or eaten cheese, is an important lesser character as is Little Kip (stolen by Nicholas’s father), Noosha, and Father Vodol who had changed the elves’ township by convincing them to renounce good will and fun.

Chris Mould’s illustrations add so much to the story. I wish there had been more of them because occasionally through the book there seem to be long periods without his pen and ink interpretations – sometimes detailed and at other times simple.

Though this is definitely a Christmas story it is not a story only for Christmas. Do yourself a favour and find yourself a copy. Don’t wait for the end of the year (but come back to it when the Christmas season rolls around again as it will, all too quickly), and have a couple of fun hours of reading: heartbreak and worry, lots of laughter and an understanding of how Father Christmas manages his gargantuan delivery schedule every year. Nicholas is a wonderful character but not always a perfect human being, just like all of us.

Highly recommended as an addition to the classic Christmas stories of the world.