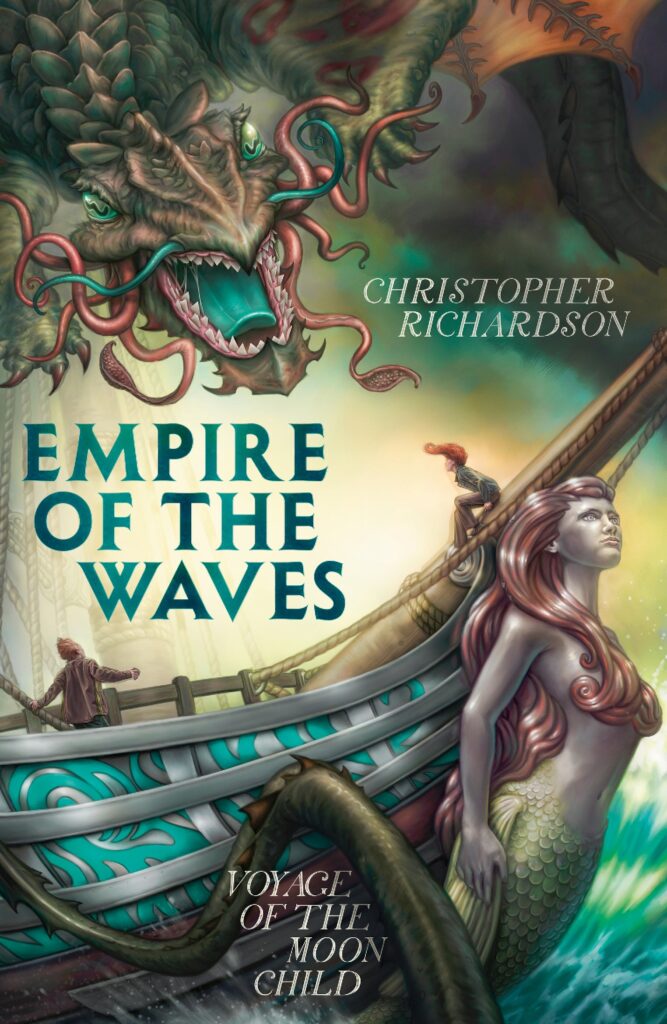 This carefully created fantasy  is set in a marine world where cities float upon the waves which hide all manner of monsters.  Anni is an orphan, a member of the famed Tidechild family, brought up by an acerbic nun and her adopted father, the Wavelord of the marine city of Pel Narine.  Anni often gets into scrapes and mischief because she is incurably curious. This leads her to make friends with Duck Knifetooth, the son of the premier wavemaster who has just returned from a ten year voyage. Together they uncover a plot that threatens the city so they enlist the aid of the giant Theodore, who happens to be the captain of the ship Moon Child.

There follows a voyage full of surprises and dangers above and below the water all far away from their home city. Finally secrets are revealed, villains unmasked and Anni and Duck sail away to their next adventure. This debut novel, ten years in the making, is a rich pudding of chaotic incidents, varied characters and exotic creatures.  Anni and Duck are always in the thick of the action which gallops along at a fast pace occasionally leavened by moments of reflection or some humour. Anni is an enterprising heroine and Duck is her faithful ally. A fun read for those aged 10+ who enjoy lots of adventure.