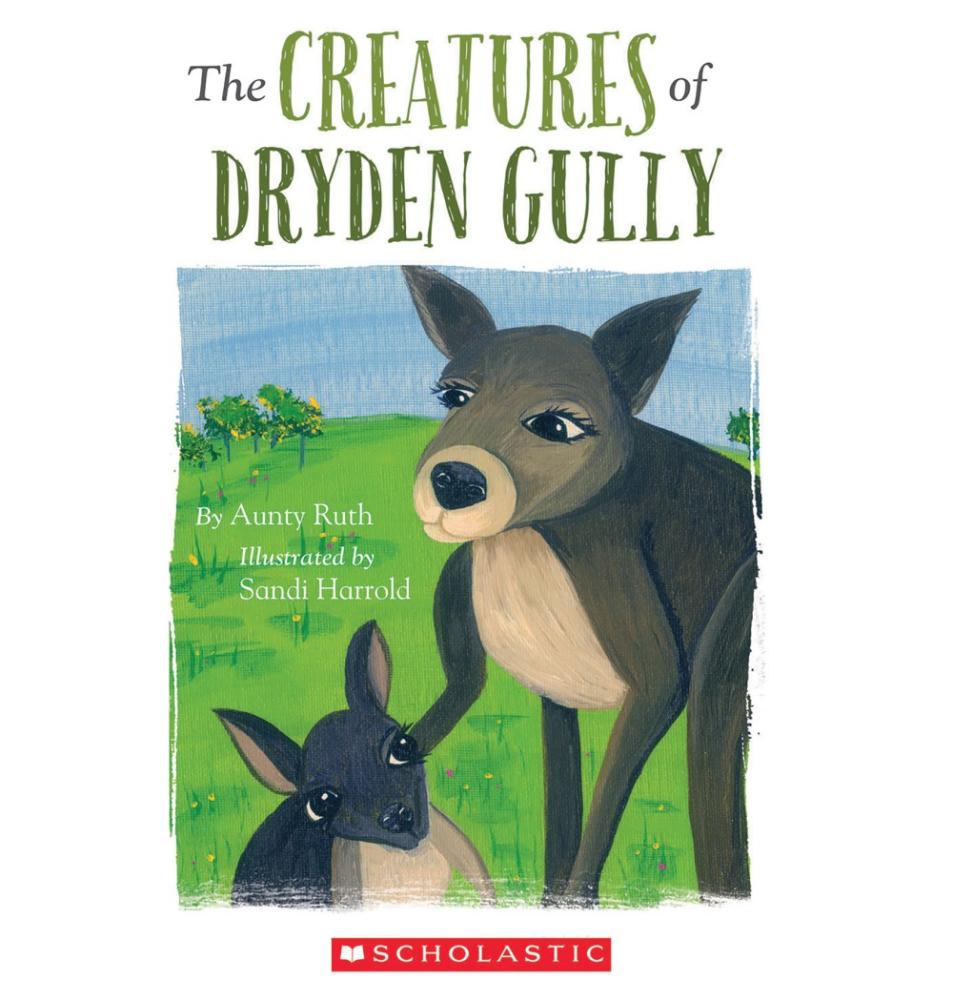 The narrative tells about the arrival of imported Royal red deer into the Australian countryside. Mopoke calls a meeting of the animals and officially welcomes the leader of the herd of deer. When invited to do so, the leader tells of the long journey these new creatures have made to Dryden Gully.

Joey gets out of his mother’s pouch to watch the meeting.  He comes face to face with a young deer that has soft eyes like his. When the deer move away Joey follows until he is too tired to go any further as he wants to learn to walk on all four feet like the young deer can do. This impresses Joey very much. When his mother finds him she explains that he is special too because when he is grown he will be able to hop across the gully faster than any creature.

Sandi Harrold has illustrated this poignantly allegorical tale composed by Aunty Ruth with bold close up images of Joey and his Mumma and the Mopoke. The other creatures are full of character and life as they stand and listen or move characteristically in the simplified but colourful green landscape. It is a wise, thoughtfully constructed and told story for everyone, with important messages for all children.