For those who are not familiar with Ellyse Perry, she holds the rare distinction of being a dual international, having represented Australia in cricket and football (soccer). She made her debut for both the Australian cricket, and association football teams at the age of 16. She was the youngest person to represent Australia in cricket, and the first Australian to have appeared in both cricket and association football World Cups.

This sport themed series for young readers gives kids who love sport a protagonist to whom they can relate.  But, aside from the sports theme, the books also deal with the changes kids face when they enter high school – the fears and doubts that come with growing up.

In Pocket Rocket, Ellyse is starting her first day of high school at Callinan Girls’ College and she is worried. She’s always been short and she is afraid she will be the smallest in her class again. She wants to try out for the Cricket team but there’s only one in her new school and all the players are in Year Twelve. Still, Ellyse gives it a good go and impresses the team. But the team’s coach, Ms Parkes, isn’t willing to give her a spot.  With all the changes she is going through, Ellyse is starting to miss her previous school. Plus, she has to do debating as an elective and she hates talking in front of people! It is looking like a rough start to high school for Ellyse. Lucky she can still look forward to her club cricket.

Pocket Rocket readers will relate to the changes they have to face and the disappointments they will meet as they enter high school. Ellyse relies on her family and friends for support and the encouragement they give her to keep going and just be herself.

In Magic Feet, cricket season is over and Ellyse is now looking forward to soccer season. She loves playing soccer with her friends, but unfortunately her best friends Charlie and Jazz want to do something else now that they’re in year seven. It is yet another change for Ellyse but she doesn’t mind because some students from school have shown interest in the sport, and Ellyse has invited them to play at school or at training. The newbies are discouraged by the harsh words a teammate says about their skills and soon don’t want to join in anymore. Ellyse has to figure out a way to get them back and deal with the not very nice teammate.

If your child isn’t a sports fan, this series might not appeal to him/her. There are terminologies that they won’t be familiar with and they may not be able to relate to the desires of wanting to be part of a sports team. My daughter isn’t a sports girl and although she gave these books a good go, she eventually said they weren’t for her. Still, there is an audience for all types of books and this series will be perfect for kids interested in sports. 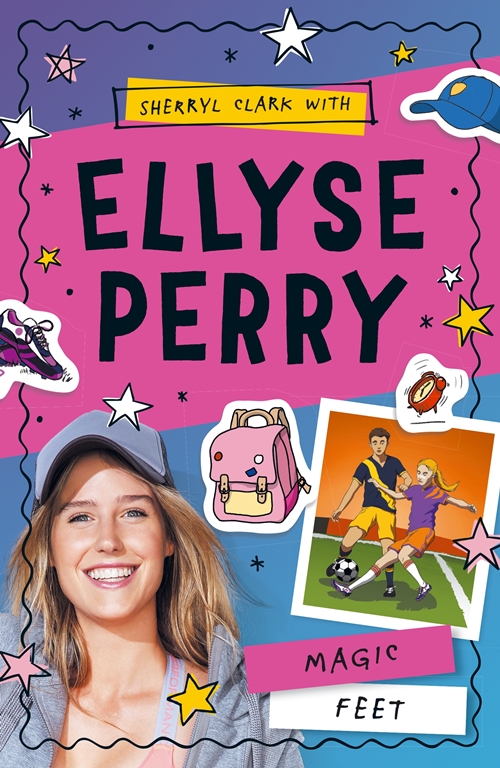