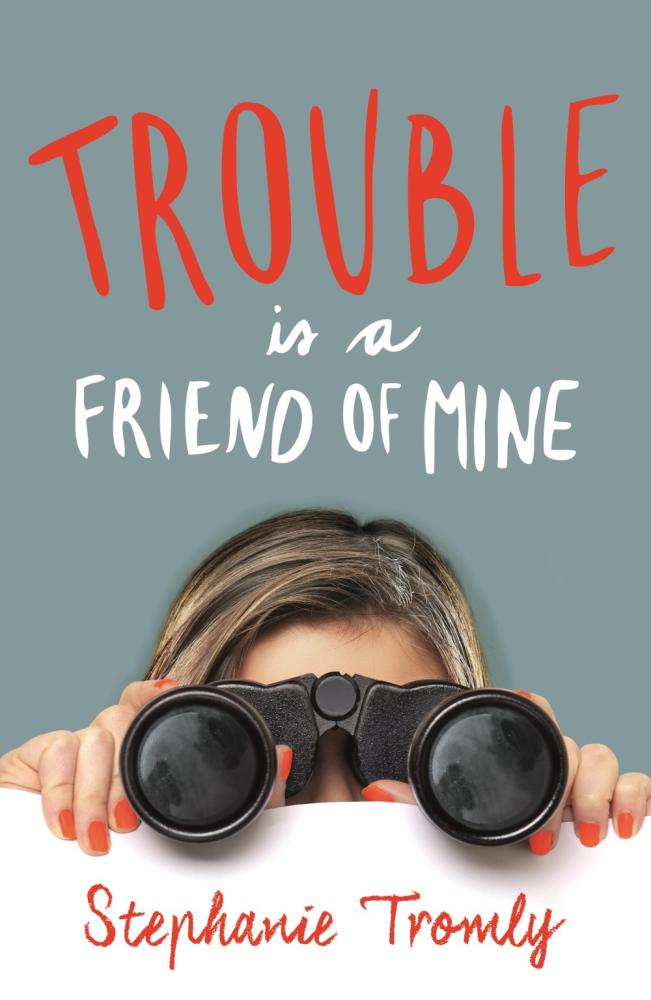 It’s hard to believe that this is Tromly’s first novel because it is so well written, so funny and the plot is so gripping and unpredictable. I was completely unable to predict in which direction Tromly would take her readers.

If Trouble is a Friend of Mine fits into a particular genre, it would be a vigilante type, comedy detective story, if there is such a thing. However, it also lightly addresses the teenage dilemmas of bullying, making friends, making mistakes, unrequited love and family breakdown. School policies and procedures also get a drubbing, e.g. when arch-villain and long suffering truancy officer Mr Musgrave tries to get hold of a student’s attendance records but can’t because of policies relating to student harassment and teachers’ record keeping.

The characters are delightful and, like the plot, unpredictable: no matter, how minor they appear in the plot they evolve in the most entertaining way. The main character is Philip Digby, a determined, brilliant, social oddity with an enormous appetite, who is investigating various crimes in his home town accompanied by his bewildered but willing ‘wingmen’. His latest recruit is Zoe Webster, a previously ordinary, melancholy teenager, who has moved next door to a factory run by a cult and whose mother is seeing a specialist that Digby mistrusts.

There were times when I choked with laughter at the dilemmas that heroine Zoe found herself in because of her friend/vigilante pal Digby’s insistence on her cooperation.

Trouble is a Friend of Mine is suitable for young people 14 and older, including quite a bit older. I am hoping that there is a sequel because I must know what happens to Digby.