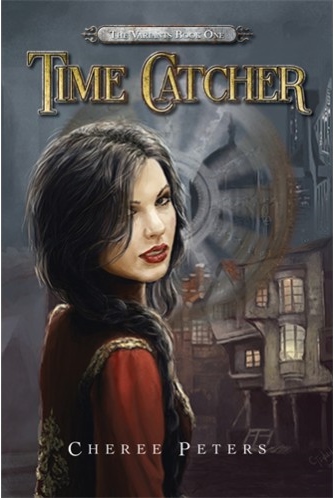 This novel is the first of a planned trilogy with the overall title of The Variants. It is another dystopic, post-apocolyptic fantasy novel, and as with much Young Adult fiction, it is written in the first person voice, in the present tense. The novel is set at a time in the far future when cities and technology have been laid waste by a cataclysmic nuclear event hundreds of years ago. The world, or at least this part of the world, has reverted to something like a medieval system of government, ruled in permanent crisis, with a Rampart erected around their territory to defend the kingdom from the ‘North Empire’. The North Empire is where the Variants (or Manipulators) rule, a race of mutants that emerged from the nuclear cataclysm. They have strange individual powers.

Althea is a sixteen year old princess, only child of the king, and so heir apparent to the kingdom of Cardiff.  Althea is a princess with a number of problems. She suffers from seizures, and requires constant medical attention that includes taking her blood with syringes. In addition, Althea has no memory of her early childhood. This is the consequence of the last attack from the Manipulators of the North Empire, when her mother was killed and she received a head injury. Althea has been betrothed to a courtier, Finn, but is discovering that she does not love him. She is besieged by a particular dream most nights, a dream that features two young men.

Althea’s real adventures, and the real questions in her life about who is to be trusted, who it might be she truly loves, and why her father has told her so many lies, begin when these young men enter the kingdom of Cardiff, bringing answers to her questions, answers that shake the already unsteady foundations of her life, her family and her friendships.

This novel offers a fast-paced, well thought out plot, with a narrator in Althea who is trustworthy, not too smart, sincere, and always weighing up the several sides to every situation. There are enough surprises to keep the reader turning the pages, and easily enough questions at the end of this novel to take the reader to the next installment when it arrives. The novel does not have the sophistication of a Philip Pullman or Francesca Haig fantasy, but this is not its aim, for it is aimed at earlier readers, those who might be discovering for the first time the joys of following an intricate plot across a number of novels. Recommended for readers 12-15 years.