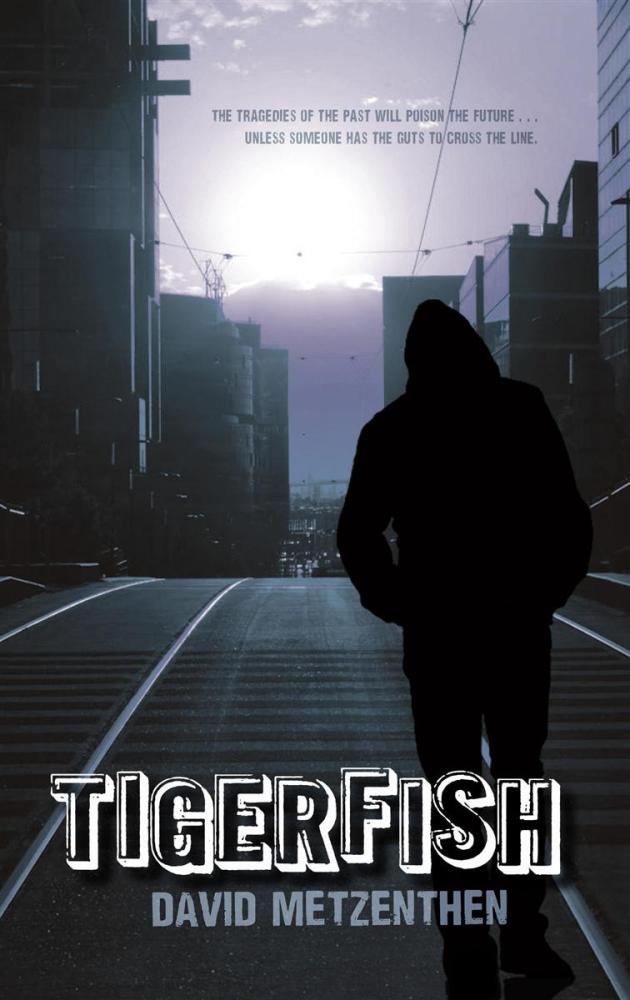 The overly dark and depressing cover of this novel sets up reader expectations of something more apocalyptic than this fairly straightforward teenage tale set in a Melbourne working class suburb.  Metaphors of football and the tigerfish from a reality TV show are employed to elaborate on life in this tough environment.

Bullying, violence, crime, natural disaster, life choices, family relationships, surviving in a disadvantaged area: all these themes are touched on in a first-person, present tense style that owes much to writers such as Lee Childs, but somehow fails to generate the fast-paced narrative that one might expect from these stylistic choices.  Perhaps the laconic, low-key approach of Ryan, the narrator, and his fairly lack-lustre day-to-day activities are the reason this story fails to gain momentum.  Archery practice with best friend Evan sets up an anxiety that something will go wrong; Ryan’s relationship with Ariel, the troubled girl-survivor from the bush goes a bit too smoothly; Elmore the bully threatens violence; and Ryan’s brother, Slate, makes dubious career choices against an overarching concern about a night stalker in the open fields beyond the edge of suburbia, but the multi-layers of the story fail to work together to heighten reader involvement.

Nevertheless the occasional poetic line or simile lets the reader know they are in the hands of a writer of note; and the ‘off camera’ love scene is expertly handled and is age-appropriate for early teens.  The characters are actively engaged in sorting out life’s problems and surviving in an unfriendly world.  A surprise twist at the end leaves the reader with just the right note of optimism.