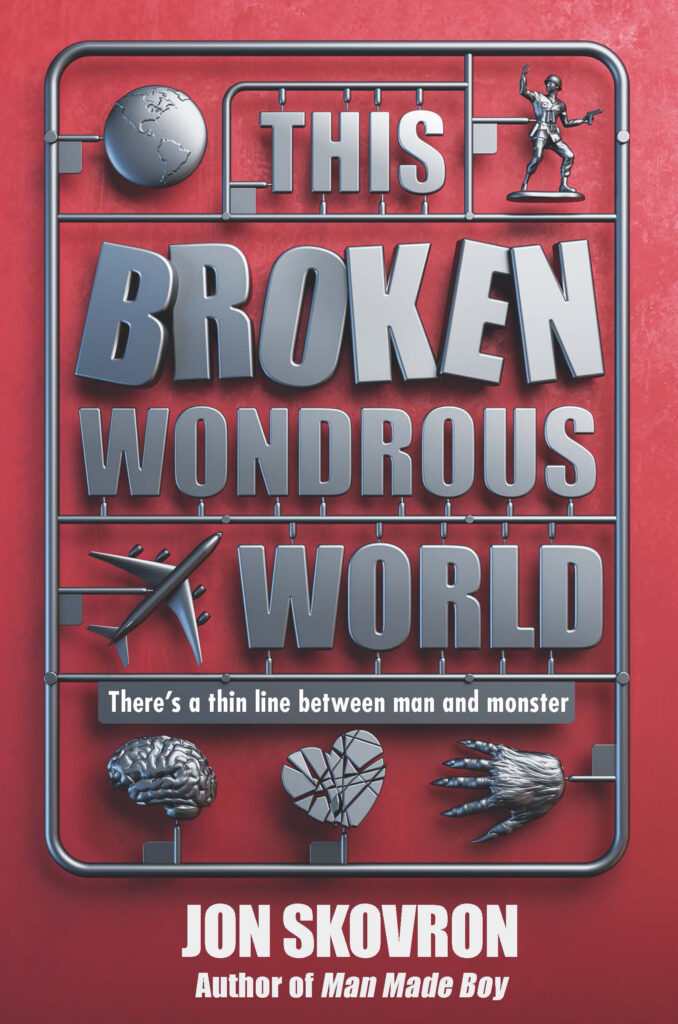 This highly imaginative novel creates a world where the mythical monsters of literature and legend live in the modern world. Boy, the seventeen year old son of Frankenstein’s monster, is living with the descendents of Dr Frankenstein. There are other monsters spread throughout the world or working at “The Show” in New York, a community where monsters earn their living entertaining humans. The tacit peace between monsters and humans is threatened when the arrogant and cruel Dr. Moreau creates  an army of hybrid animal/human creatures and seeks to overthrow human society. The monsters must choose whose side they will take and an epic battle ensues that determines the fate of the world.

Skovron’s vision moves beyond the creation of a fast-paced adventure story into more philosophical realms as he challenges the reader’s concept of personhood and how those who are different to the norm are treated. Central to the novel is the notion of family and the importance of accepting and embracing diversity. While the setting is contemporary with computers, modern weapons and virtual intelligence playing a pivotal role, the presence of ageless and mythological characters wrestling with the moral dilemmas of life and death, good and evil, gives the text a complexity and gravity beyond the mere excitement and adventure of the plot. This is indeed a broken and wondrous world, but as the cover notes question, is it a world worth saving? The readers must decide for themselves.

This Broken Wondrous World is a challenging and worthwhile read for young adults.  Its blend of modern fiction and mythology will appeal to a wide readership.