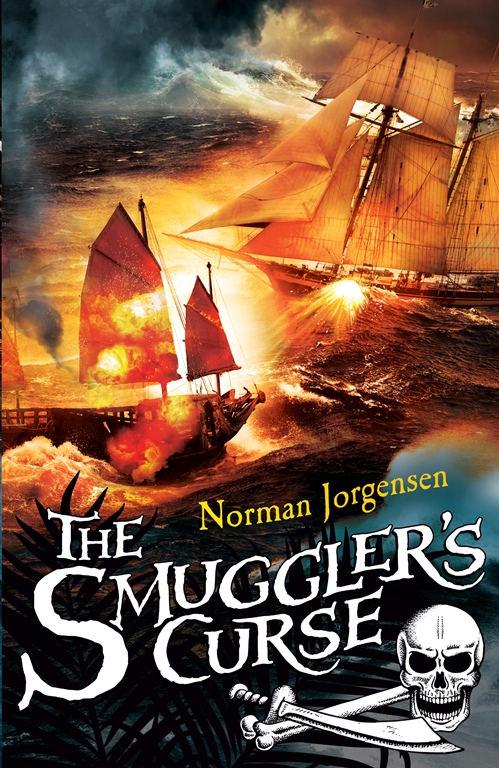 “I cannot believe it. My mum has gone and sold me.”

From this engaging first line ensues a fast-paced, action-packed adventure story. Red Reading is a normal boy. He goes to school and helps his mum run her hotel, The Smuggler’s Curse in Broome. He gets into a bit of trouble at school and doesn’t always do what his mum asks but surely that’s no reason to sell him off to a deadly smuggler?

Red is a likeable character who matures from a mischievous schoolboy into a swashbuckling adventurer by the end of the story. He models himself on the fearsome smuggler, Black Bowen, which is perhaps not the best idea. A man who delivers his own form of justice where he sees fit, Black Bowen is presented as an honorable captain who should never be crossed. As the story progresses you find yourself dismissing the violent murders and convenience maiming at the hands of Black and his crew, instead vouching for them against the Dutch, the pirates, fellow smugglers, customs officials and the British Navy!

It is clear from early in the story that the relationship between Red and Black Bowen runs far deeper than a ship’s boy to his Captain. Red’s innocence in this matter is believable but, as the reader, I predicted the twist. This did not take away from its importance to the storyline, in fact it feels fated at the book’s close.

With each chapter jam-packed with gripping fight scenes, frightening storms, near-death captures or gruesome deaths and descriptions that scream intensity at every turn this story is one no twelve or thirteen year old seafaring pirate lover could resist. (That is as long as their parents don’t mind the violence!)

Teaching Notes can be found on the Fremantle Press website.