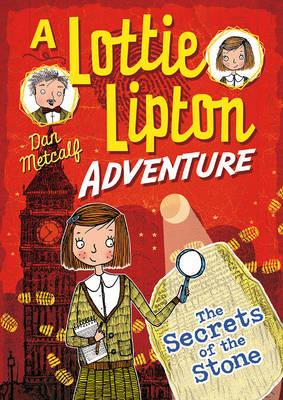 ‘Lottie Lipton: nine-year-old investigator extraordinaire!’ has a Detective Investigator from Scotland Yard as her hero and is rapidly following in his footsteps. Set in England and within the context of a famous museum, this story follows our youthful sleuth, her great uncle Bert and the museum’s caretaker, Reg, as they attempt to crack a series of codes to uncover the whereabouts of an ancient trident and, in the process, save Uncle Bert’s job.

The story is well paced, easy to follow (despite the wide array of events that take place within five chapters) and the characters are just stereotypical enough to be both easily identifiable and memorable.

Being 9 herself, Lottie Lipton is clearly aimed at readers around this age group. The complexity of vocabulary and comprehension required hits somewhere between a Billie B Brown and an EJ12, but with a criminal giving chase, who produces a small gun towards the end of the book, it’s not for the easily spooked.

Throughout the story, a magnifying glass containing direct speech encourages readers to attempt to solve each code. Successful code cracking does presume some knowledge about London city which, for an Australian audience of this age group, is a bit of a stretch. That said, inquisitive go-getters will love deciphering the Morse code messages, and be searching the illustrations for tell-tale signs that may reveal a hint.

Rachelle Panagarry’s cartoon style line drawings give some enjoyable indications of the characters and the artefacts that keep the clues hidden, but are neither crucial to the story nor specific enough to hinder the imagination.

Despite it not being exactly her cup of tea, my 9 year old thoroughly enjoyed this Lottie Lipton adventure and I’m sure she won’t be the only one!