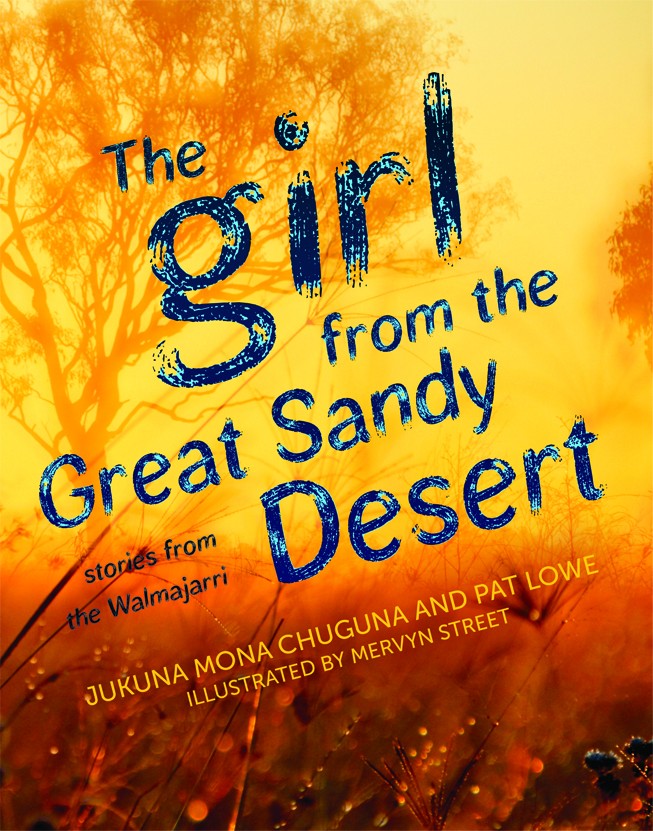 In the far north west of this continent, the Walmajarri people were spared the depredations of the Indigenous people of the Fitzroy area because their land was unsuitable for cattle. They remained isolated from the European invasion until five or six decades ago. Here is their story, told by Mana Chuguna – she was called Mona at the cattle station where she later worked – and was also known by Pat Lowe as Jukuna, her tribal name. Pat Lowe was a social worker living with the artist and storyteller, the late Jimmy Pike. Mana and Pat Lowe wrote this together.

Together the desert people hunted for food and the scarce water. Mana, her father and two mothers, one of them blind, and her siblings, roamed Walmajarri country, eating and cooking the plants they gathered and the meat they were able to find. There are stories about their dogs, their cousins, their many adventures, and fine detail about their traditional customs.

This small book is enhanced with soft black and white drawings by Street, and is an invaluable introduction for young readers to the rich social and cultural life of these desert people.