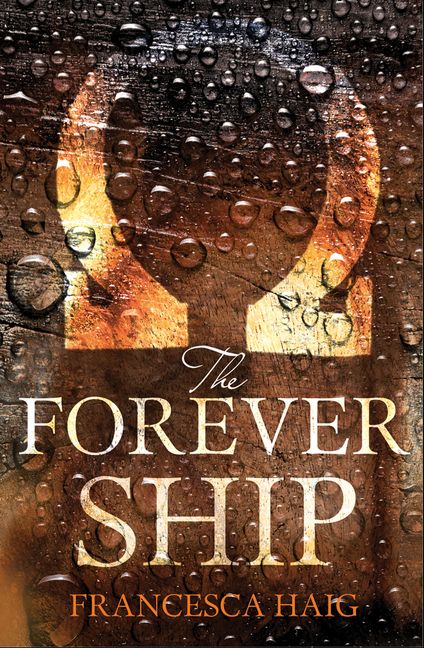 To complete a trilogy of fantasy novels, The Forever Ship, the challenge is to do justice to the turns and twists the story has already taken, and to bring the reader to a satisfyingly unpredictable place of closure and release. Francesca Haig’s final, hefty volume to her Fire Sermon trilogy brings her story home with excitement, jolts and a deeply thoughtful treatment of human love.

In this third book, Cass, Piper and Zoe have made contact with Elsewhere, and they have met an envoy from there, a woman who does not have a twin, a woman whose death will not mean the death of her twin: Paloma. Aurealis Award winner, Francesca Haig, challenges and charms her readers while keeping the narrative as thrilling as ever.

If there is a theme underlying this series of imaginative post-apocalyptic novels, then it might be that for every perspective we have upon the world, there is another and opposite one. Every ‘elsewhere’ is its own home, but with its own ‘elsewhere’. To realise this is to change yourself utterly, for it requires an acceptance of complexity, a leap of imagination, and the possibility of love that involves an ultimate sacrifice of one’s own self-centredness.

Paloma insists that she does not come from Elsewhere, she comes from the Scattered Islands. For her, the occurrence of twins whose fates are entwined is the stuff of legends, of things that happen ‘elsewhere’. Cass, Piper and Zoe want to protect this envoy from the Council that has vowed to destroy Elsewhere, while the envoy is seeking her own answers. Cass continues to be drained by visions of a final blast. The crumbling of the world seems inevitable. When she realises that love is burgeoning between Paloma and Zoe, the books takes a turn towards showing the real damage that a cruel world can inflict on people whose hearts are fundamentally peaceful. Cass must, if she can, sense the location of the blast machine. The arrival of Zach as an unwilling ally in her life will turn the story on its head yet again. What will Cass be capable of doing to protect herself?

Their journey, and the tale, will take many wrong turns, there will be betrayals, loss, impossible negotiations, and there will be further revelations as these intrepid characters seek to save their world and save the world of Elsewhere. The ending, when we come to it, will carry the kind of surprise, and the kind of deepening that keeps you thinking about the book and about the nature of love, and what it means to be dependent upon others, long after you’ve finished reading. This trilogy is a gem. It is an experience that will last in readers’ minds.  Recommended for ages 15 to 25 or 50.