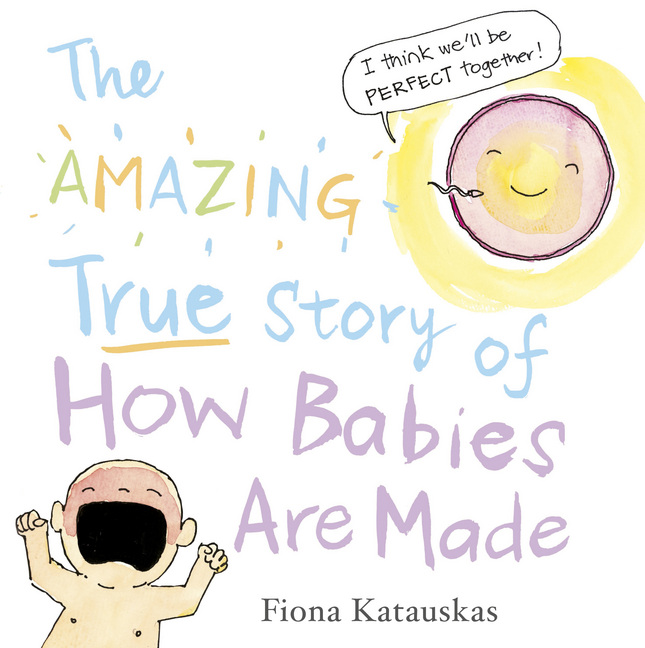 When Fiona wanted to buy a book for her son to explain where he came from, all she could find was the 1973 classic by Peter Mayle called, Where Did I Come From? As good as that was for making those tricky conversations with kids easier, there were some aspects of having babies that were missing, like IVF and sperm donation. Fiona has created an equally bright and easy book that has a wonderfully conversational tone while not shirking away from the incredible facts of how babies are made. There are a lot of straight-talking facts about differences between male and female bodies and the process of having a baby from conception to birth and beyond. It is surrounded by Fiona’s very warm and friendly illustrations, so that kids can know the facts of creating new life, but also how incredibly amazing our bodies are, each and every one of them.