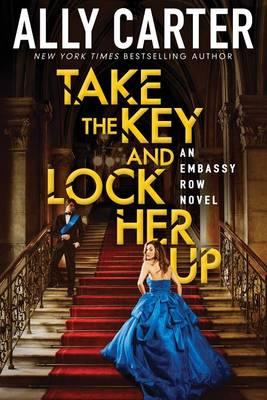 This is the third in the Embassy Row series, the first two being All Fall Down (2015) and See How They Run (2016). They recount the adventures of Grace Blakeley, the sister of the true heir to the throne of Adria. Grace does not really want to claim her inheritance, but she believes that unless the truth comes out, everyone she cares about is doomed. As a result, she becomes embroiled in murder, violence and madness.

Grace screams and shouts a lot, runs away from safety, faces a constant threat of death, falls in love and discovers secret tombs, but it is all OK in the end.

If you have fans of the first two, you will need this one. Some of the characters belong more comfortably in the previous books, and there are references to earlier adventures, but this third story can be read on its own without trouble. Fewer exclamation marks would have been better.

Poor Grace gets herself into some fine messes, and she rushes in where most would hesitate, but it is easy reading, and the romance keeps it interesting.