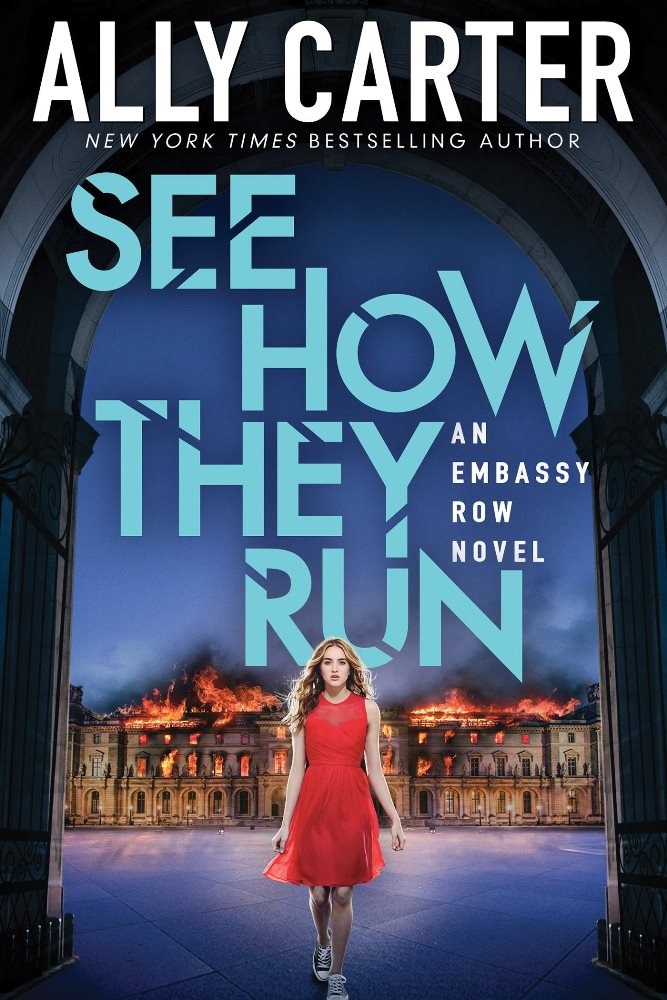 See How They Run is a thriller about teenagers who live in a row of houses designated for embassy staff, in a mythical country called Adria. The main character is 16 year old Grace Blakely, who is traumatised by her mother’s death and then further traumatised by the murders she encounters and the conspiracies she helps uncover.

The themes explored in this novel include trust, friendship and family, and the book is suitable for teenagers aged 13-17.

I didn’t like See How They Run. I found the plot implausible, particularly the ending, and thought too many characters were introduced only to play a limited role in the narrative. For example, the book begins with mention of a secret society of assassin librarians, who I expected (and hoped) would play a big part in the story, especially as assassin librarians are referred to in the dedication, but, disappointingly, they don’t.

I also found Grace two dimensional and unlikable. Although anybody would be traumatised by what Grace has been through, she is rude to family and friends who want to help her and delivers an endless internal monologue about her experiences. Although these traits are typical of someone with post traumatic stress disorder, artistic licence could have been taken, as these character traits prevent her character progressing or showing growth through the text.

Despite this, Ally Carter is a bestselling author and the Embassy Row novels are very popular.  A Discussion Guide can be found on the Scholastic USA website.