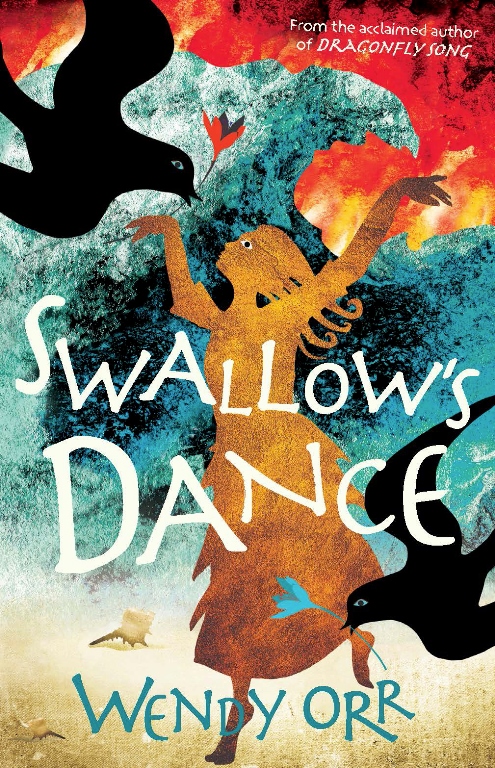 ‘…this is not my home, this pile of brokenness open to the sky. The world outside the window isn’t mine, either. It’s like one of those strange, ruined cities in the far-off places Dada visits. And the longer I stare, the more I understand that I can’t wait for anyone to rescue us…’

Swallow’s Dance sweeps us back in time almost 4,000 years to a small Greek Island (now known as Santorini) where young Leira of the privileged Swallow Clan is just beginning her initiation as a priestess. But her learning is interrupted by a series of tremors then a violent earthquake that leaves her home and city in ruins. With her injured mother and elderly nursemaid, Leira flees across the sea, seeking sanctuary on the larger island of Crete. But her faith in the goddess is to be further tested by a volcanic eruption, Tsunami and the loss of almost everyone she has known and loved. Here amid the chaos and ruin, her noble heritage means nothing. Her survival –and that of her loved ones- now depends on her own resourcefulness and determination.

In spite of her pampered upbringing, Leira proves to be a strong, likeable character that through her trials learns more about herself and the world around her than she ever would have learned as a priestess in training.

The author’s explorations of archaeological sites in both Santorini and Crete have allowed her to weave a rich tapestry for middle grade readers of what life would have been like for Minoan people before the eruption of 1646 which destroyed their world. I liked how Wendy Orr has coloured the story using details of her own experiences, for example a small, white pebble Wendy came across at the site of a Minoan shrine has found its way into the story as Leira’s offering to the gods. Her descriptions of the details of Minoan life-the unusual food and clothing, their ceremonial sacrifices and superstitious beliefs, are sure to spark children’s interest in ancient Greek civilisations.

Written in free verse and prose to haunting effect, Swallow’s Dance is a fascinating glimpse into a long lost world that will linger in the reader’s mind well after the final page has been turned.