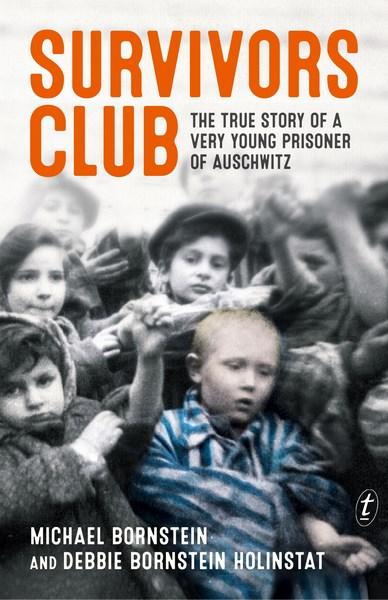 On Michael Bornsten’s arm is the tattoo B-1148 forever a reminder of his time in the notorious Auschwitz concentration camp, but also a testament to one of the camp’s youngest survivors.

By the time Bornstein was born in 1940, his hometown Zarki Poland was already under German control. Jewish children were no longer allowed to go to school, Jews could not go on buses and most of the Jewish businesses were shut down or taken over by the Nazis. Forced to wear white armbands with a blue six-point Star of David, and under strict curfew, this was the beginning of a reign of terror that would shape Bornstein’s early life.

Stripped of their homes, their livelihood and their dignity many of the Jews of Zarki were brutalized, tortured and ultimately murdered in concentration camps in German occupied Poland and Germany. But despite the terror of these years Bornstein and his daughter Debbie deftly weave into the fabric of their story another tale, one of survival and endurance of the human spirit through the love and generosity of family, friends and strangers, along with more than a bit of luck.

Through recollections, interviews with survivors and research, Michael and Debbie, a producer for NBC and MSNBC News, have recreated a powerful first person narrative for young adult readers: an important, confronting, absorbing and well-written story.