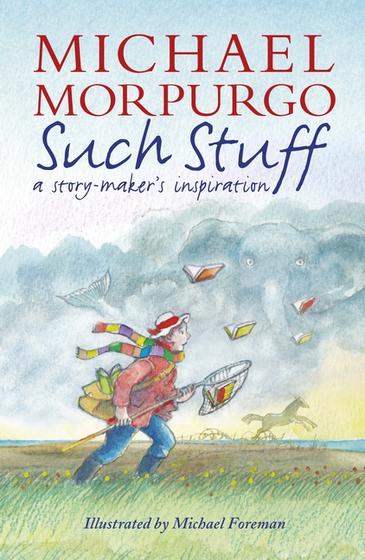 Michael Morpurgo is a master story teller, as the author of over 100 books, the UK Children’s Laureate from 2003-2005 and the winner of many awards. His writing has been translated into various languages, and he is best known for the classic War Horse, which has since become an acclaimed Broadway play and film.

In this title, Morpurgo generously shares his answer to the most commonly asked question: how does he come up with the ideas that become his stories? His answers are rich tales in themselves, as he reveals “the memories, stories and history, the people and the places that weave themselves, dream themselves into many of my stories”.

Through short essays that share the inspiration of over 20 of his most popular books, readers can gain insight into how this renowned children’s author develops his creative writing. Beginning with the very first idea, which has been spawned by a fact, chance meeting or other every day event, he explains how he draws the puzzle of the story together, creating a single narrative. His wife, Clare, has chosen an excerpt of each story, as a taster, which brings the reader to a discussion of the back story which informs the tale.

Complemented by illustrations from long-time collaborator, Michael Foreman, and enriched by photographs and facsimiles, Such Stuff gives young readers (and writers) the rare opportunity to glimpse inside the life and mind of a born storyteller – and to learn about the way stories grow from many different sources.

A wonderful addition to any school library, and suitable also for reading aloud to a middle school audience, this non-fiction addition to Morpurgo’s extensive list of publications will be loved by his fans aged from 12 and up.