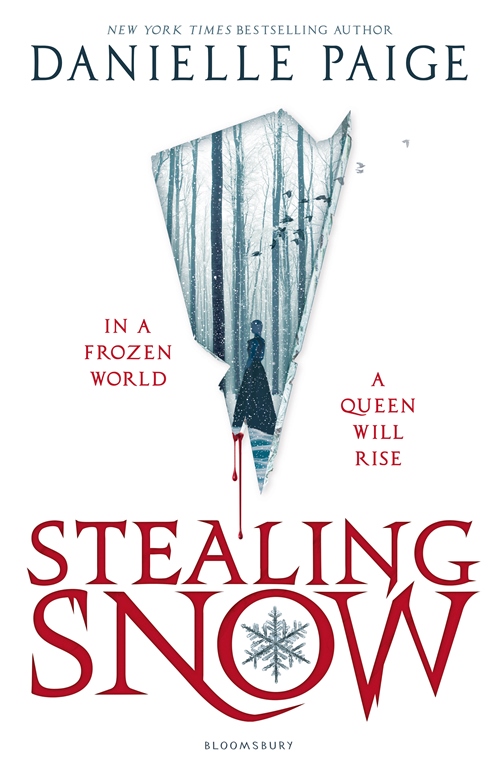 When a story promises a ‘darker’, more grown-up version of Frozen, the bar is set high. Stealing Snow starts off promisingly enough in the real world, with the titular Snow trapped in a psychiatric ward with her ‘seven dwarfs’, as she calls the pills she takes every day to regulate her emotions, especially her fits of anger. When her true love, Bale, is whisked out of his bed restraints and magicked off through a mirror, Snow follows him to Algid, a faraway land ruled by a cruel King.

In Algid, Snow is quickly revealed as a ‘chosen one’, a princess with a powerful snow gift, destined to save the frozen world she has entered. Every eligible male character proceeds to fall in love with Snow, resulting in multiple cases of insta-love. Her love interests are each fine characters on their own, but Snow is perhaps smitten a few too many times for the tolerance of some readers.

The story does pick up again about halfway through, when Snow becomes caught up with a band of robbers. Intrigue and mystery mount, and fresh magical elements hold the reader’s interest. The last one hundred pages move along swiftly, with a heady mix of mix of romance, adventure and magic – including an especially inventive use of mirror magic – and the book culminates in some surprising plot twists.

While Stealing Snow is marketed as YA, the simplistic writing style seemed more suited for a younger audience. At the same time, I would hesitate to recommend Stealing Snow to pre-teens, due to the darker tone of the first few chapters. The narrative is choppy at times, which bothered me more than usual, because I was expecting a fairytale-like cadence. However, the inventiveness of the story in the second half helped redeem it. Those who are fans of ‘once upon a time’ elements – princesses, snow beasts, witches, prophecies and mirror magic – will appreciate Stealing Snow.