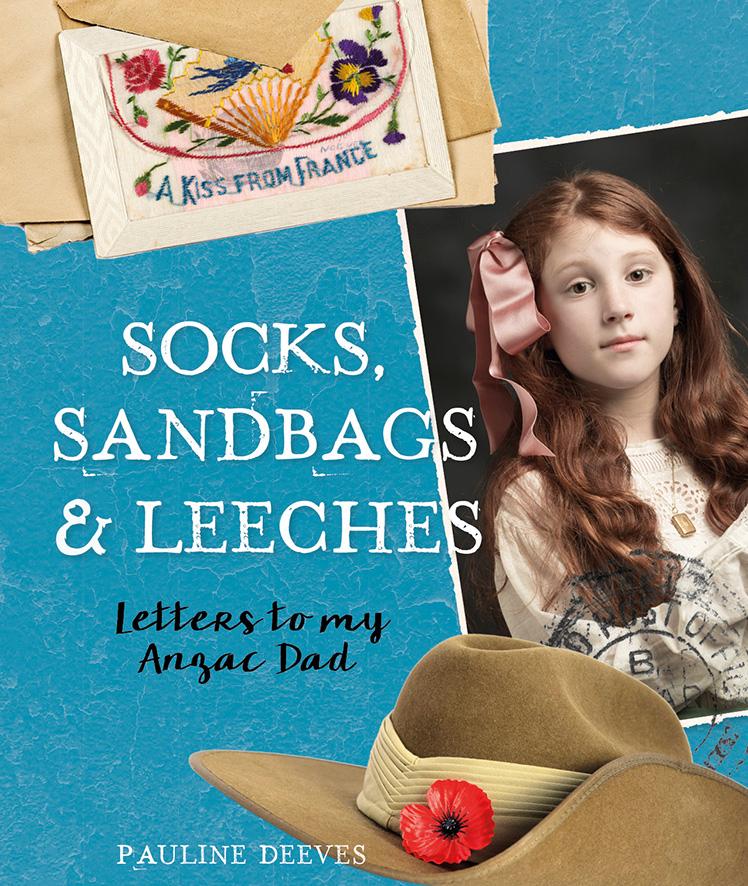 When their landlord puts up the rent, Ivy and her mother move in with Aunt Hilda, whose flat is so small that Ivy has to sleep under the kitchen table. The text of this book is comprised of Ivy’s letters to her soldier father, recounting what is going on at home. Ivy tells him about what is happening in the family, what they have heard about the war, and what she is doing.

The book is in a quarto format, and it is lavishly illustrated. There are photographs, maps, contemporary posters, recipes for food and medicines, newspaper headlines and extracts from magazines. A multitude of issues are brought to the reader’s attention, such as the position of women, attitudes to foreigners, and the cost of the war to the community, both emotionally and financially. It has a glossary and index.

This is no simple account of World War 1. It is a detailed and arresting history of how the common people faced the years 1914 to 1918 in Australia. Deeves’s experience as a teacher has contributed to a book highly suitable to early secondary students. It is well written in the voice of a clever, thoughtful and observant girl, and the illustrations are very appealing, providing glimpses into social conflicts and contemporary happenings.