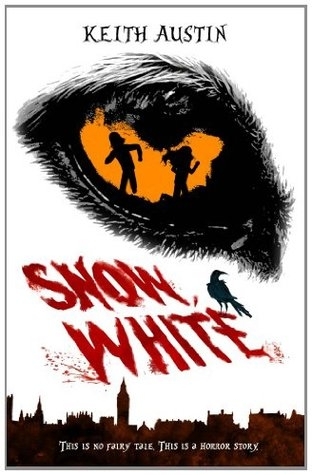 John Creed is a bit of loner, living with his grandfather after his parents’ death in a big old house in London.  He is used to being different; he is marked by three livid scars on his face, by his stutter, his poverty and his isolated lifestyle.  Gradually he makes friends with Fyre King, a girl who also stands out for being different as she is an albino.  Together they combat the class bully Caspar Locke who actually has his own issues to confront.  This could be a standard school friends story but it rapidly develops into a full-blown fantasy about gifted people from another world, evil wolves trying to take over and John Creed as the thirteen-year-old saviour destined to overcome the dangers with the help of his trusty friends.

This is a plot driven story which gallops along, stopping to give a bit of background information when things might get too confusing.  John and Fyre have the possibility to be interesting characters but overall the demands of the story take over, moving from one grim and grisly scene to another.  This may appeal to some fans of the horror genre but will leave those who prefer more character development unsatisfied.