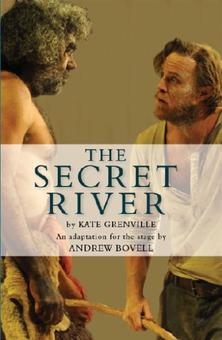 There is menace in this play from the very first pages.  The Thornhills, a family of white settlers, take up land declared terra nullius by the British government, but that has been cared for by the Dharug people for thousands of years.  When they first meet, each wrongly assumes the other will move on.  Neither do.  The Thornhills aren’t alone.  Many other settlers have come before them, some reaching an uneasy peace, others arming themselves, ready to defend what they’ve come for any way they can.  Will Thornhill is one of the more reasonable settlers, who refuses to buy a gun, but believes his right to take up land will not be ignored.  These two very different cultures struggle to find a way to coexist that is unchartered and, for some, impossible.  There are brief moments of understanding, like when Dick, Thornhill’s youngest, seeks out the friendship of Dharug kids and when a local woman uses traditional medicine to save Thornhill’s sick wife, but this is made all the more poignant knowing it won’t last.

This is a powerful, word-perfect version of an important novel by Kate Grenville that has won critical and popular praise in Australia and overseas.  Each scene propels the narrative forward, increasing the tension, barreling us towards an inevitable end.  It is a story that is raw and rich, told by characters who tower above the pages.  There are brutal moments I wanted to look away from, that linger like a nightmare, but it is our history and it must be told and in this play, it is brilliantly done.