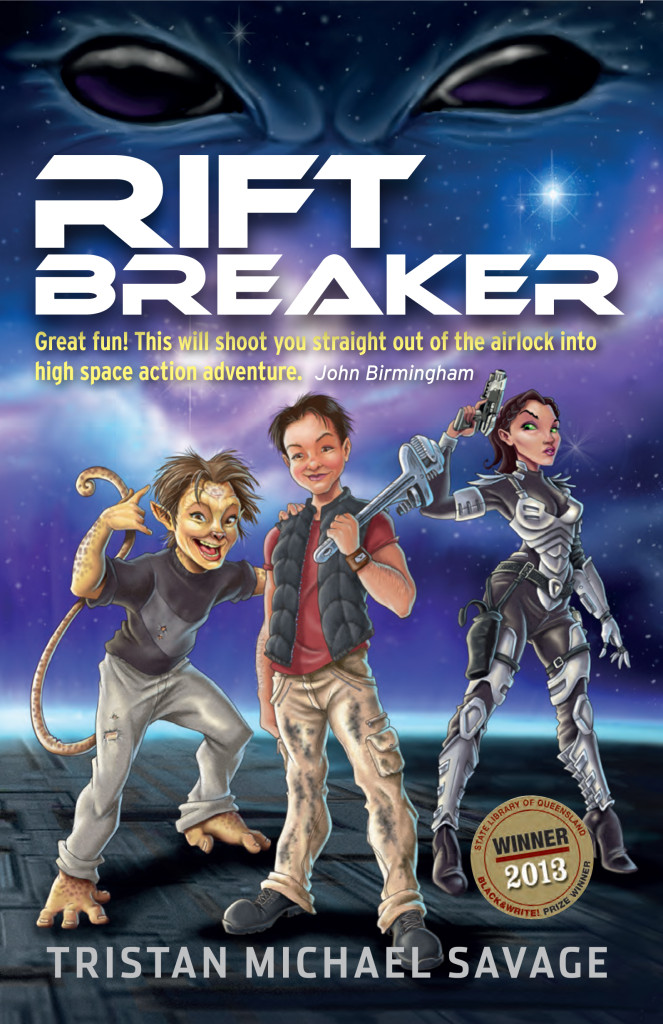 ‘Two choices: go outside and weld a broken transmitter, or stay in the cafeteria and be pummeled by an ill-tempered amphibian’.  This science fiction adventure is engaging from the first sentence, creating a new interpretation of issues such as identity and alienation through a ‘multispeciesism’ lens.  Lucky for Milton, the human working on the Reconotyre for space exploration company Nova Corps, he chooses to leave the craft to undertake the repairs and thereby avoids a devastating attack.  Perhaps not so lucky that his escape in a pod with simian Tazman and companion Luylla sets up a chain of events, compounded by mistaken identity, that leads to him becoming an outlaw.  As a consequence Milton accepts the quest to use his latent abilities as a positive force in an intergalactic conflict.

The reader deftly navigates a complex narrative via exciting action sequences and well developed specific and descriptive language.  Reflection on the plot is rewarded with added meaning and thoughtful interpretation of friendship, independence, resilience and courage.The text is highly visual and would lend itself to presentation by a book trailer or other multimedia concepts.