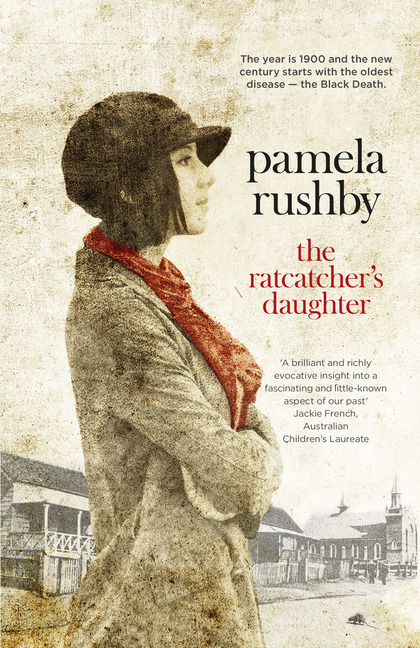 It was April 1900 and Brisbane was in turmoil.  The bubonic plague which had been rampant in China and India and elsewhere in Asia and which had its first victims in Sydney in January had now arrived in the Queensland capital brought by thousands of rats whose fleas caused the deadly disease.  The municipal council quickly organized its defences to control the disease setting up a quarantine station at the Colmslie Plague Hospital well away from the residential areas.  Many survived the ordeal but the bodies of those who died were taken to Gibson Island in the Brisbane River and buried without ceremony.  What was devastating for the families and for their neighbours was that they were also forced into quarantine.

Such was the experience of Issy (Isabel) McKelvie, the narrator, sent into quarantine with the Howards, the family of young Albert Howard who was an early victim.  Issy has just left school and is employed as a kitchen maid in the home of Mr Lewis, an undertaker.  Her older sister Kate is a maid in a doctor’s surgery.  Their father is a successful ratcatcher working a team of rat-killing terriers.  When the families are cleared and are able to return home they find their houses cleaned out and it takes time for them to get back on their feet, but they are feared and shunned by their neighbours and friends who offer help without getting too close.  When Issy’s father falls ill with the flu, she bravely takes over her father’s role and they later make a successful and profitable partnership cleaning out thousands of rats.  Issy now has earned enough to continue her education and fulfill her ambition to be a businesswoman.  But the plague took the life of Kate’s employer Dr Slade who had been secretly attending to victims in the wealthier homes, and Kate herself falls ill to be rescued by Dr Slade’s son Dr John.

Though the plague died off in the summer it continued for another nine years.  There is much to learn about in this well-researched historical novel about the course of the plague in Brisbane in 1900 and its treatment, the effect on society, on the processes of ratcatching and funerary practices along with many aspects of social life among the poor and the better-off.  There are teachers’ notes available on the HarperCollins website.  A most absorbing informative novel for years 10+.