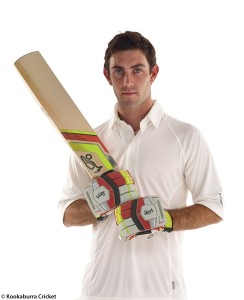 With the Cricket World Cup happening right now on cricket pitches all around Australia and New Zealand, the publication of two new books in the Glenn Maxwell series (out 2 February 2015 Random House Australia) is timely and welcome. These types of sporting books can act as a way into long-term reading for reluctant boys. Glenn has answered some questions about himself, and his hope for the books.

What kind of books did you read when you were growing up?

Apart from the ones you were assigned to at school, I tried to read as many cricket books as I could because obviously that was something that interested me a lot as a kid and I also had a bit of interest in the Glory Gardens book series when I was younger. I tried to read as many autobiographies by different cricketers as well and get an idea of what they were going through.

Do you think we will see the same kind of things in your books?

I think we’ll see kids being able to relate, the pathway, some of the coaching things that are involved and can help you get better in junior cricket and just give you an idea of how to go about getting better – finding that next level.

What do you hope kids get out of reading these books?

I hope they get the same feeling that I did out of them, I always wanted to see the next book, I was excited about reading the next one and I was able to read them over and over again and never get tired of them. Hopefully they really enjoy them and it keeps them interested in the game as well – not just read them because they enjoy reading books but also because they love cricket as well.

When did you realise that you wanted to be a professional cricket player?

Really young actually. I had to make a choice between cricket and footy and I made the choice when I was 13 that I wanted to give cricket every bit of my energy and from then on I made a lot of the rep teams and decided to basically put all my effort into that and it obviously paid off in the end.  I had a few ups and downs where I sort of thought about going back to footy and giving cricket a rest but I’m glad I stuck with it in the end.

What’s the best advice you could give to aspiring young cricket players?

I know it’s a bit of a cliché but just have fun. Obviously when we are playing for Australia there’s a lot of pressure but when you’re playing your best you’re having fun and you’re enjoying the company of your teammates. That’s the great thing about cricket, it is a social sport, and you’ve got your best friends playing next to you every day. It’s nice to go out there and play with your mates and really enjoy the game because that’s what it’s all about really.

Cricket, I Just Love It!