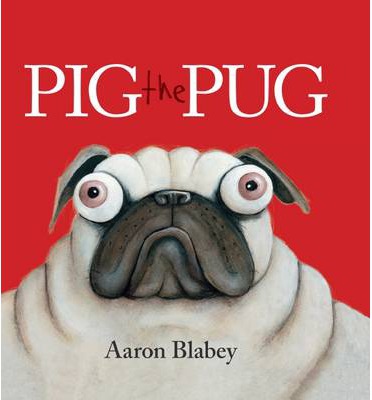 Pugs are a unique looking dog which have inspired many internet memes and photos of them wearing costumes and props of various types for comic effect.  This book is about the importance of learning to share.  Pig is a Pug, which you might’ve picked up from the title, who will not play with the other dog in the household.  Trevor is an earnest and friendly dachshund who wants to spend time with Pig and play with his toys together.  Pig is not having any of it though and makes his thoughts on sharing very clear, very quickly.  All does not end well for Pig though, but I’m not certain he has learnt his lesson.

The illustrations are bright and cheerful and describe the story well.  The comical appearance of the pug is played upon a bit, as are the differences between the two dogs.  Pig is rendered a bit like a mobile Jabba the Hut, but that is not uncalled for given the fairly clear moral within the story.  This is a fun and enjoyable picture book for children of pre school age and up.