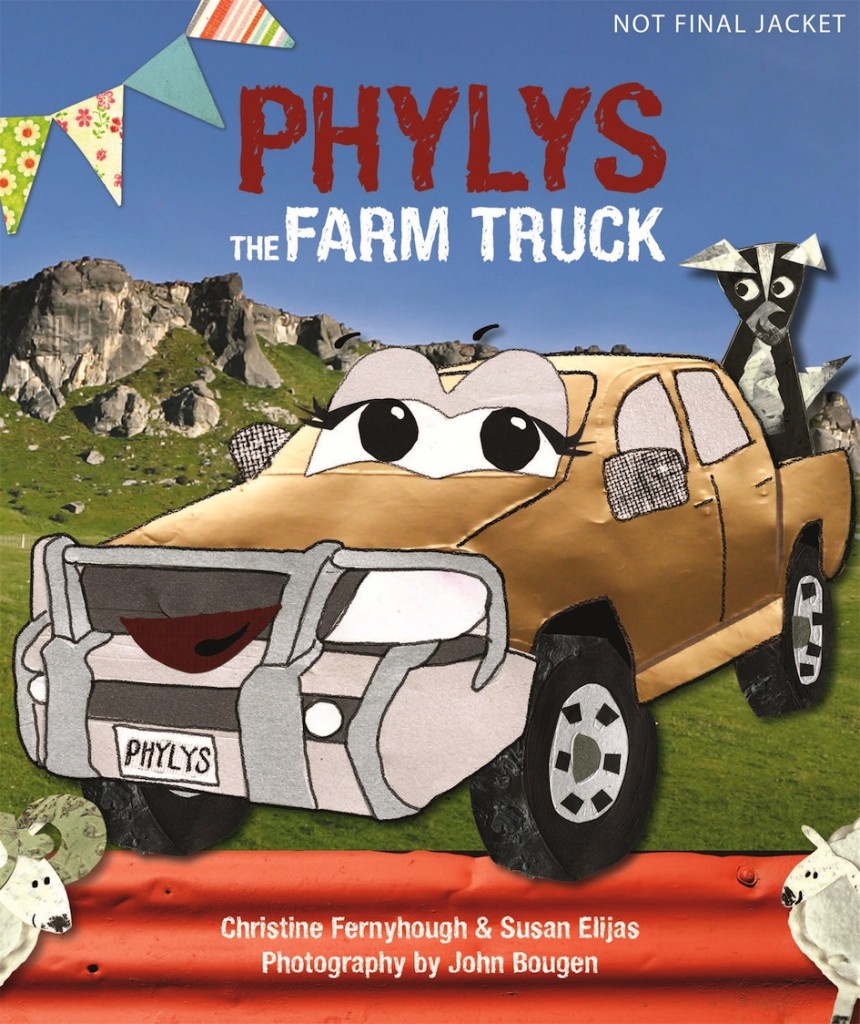 This story captures something of the life and times of Castle Hill in the high country of Canterbury with its dramatic mountains and valleys, rock faces and streams.  When a new Toyota Hilux SUV ute is bought by the farmers, the animals despair.  How will it cope with the rugged landscape?  It is too posh and citified.  However Phylys (like her namesake as detailed in the postscript) is a force to be reckoned with and, with heart and soul, does what it needs to do.  Of course, life brings its bumps and bruises, and Phylys is no exception.  The story, told in verse form, is great and the illustrations (with the use of collage superimposed on photographs, as well as font as a visual element) is very effective.  The blend of realism and the surreal as an artistic style works, giving depth to the fantasy of machines and animals having voices.  Recommended.  JMcK