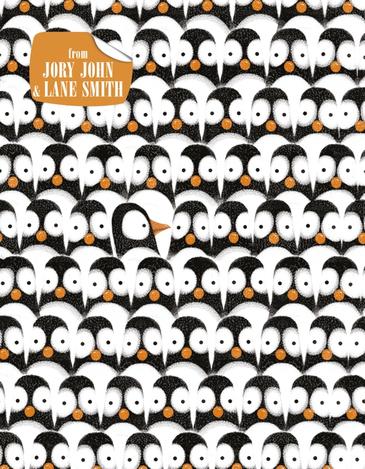 Penguin is here to tell you that life in Antarctica isn’t as cool as you think. In fact, it’s freezing. And noisy — penguins squawk a lot. And lots of things want to eat penguins. It’s not until a philosophising walrus stops by that penguin sees the beauty in life as a penguin. But does Penguin agree?

If you thought penguins were charming creatures dressed to impress, think again. This penguin is definitely a glass half empty sort of guy. Snow? Too white. Sun? Too bright. The ocean? Too salty. From the flap, it’s clear this book is going to be different. Penguin’s first words to readers convey his doubt that they’ll even finish the introduction let alone the whole book. And why should they, Penguin ponders, when they have their own problems to deal with? It’s negativity from cover to cover, and hilarity expertly weaved throughout.

The illustrations from award-winning Lane Smith are fantastic and perfectly suit the story. Subtly coloured and textured, each picture evokes the emotion and feel of the story, most notably through the expressive eyes of Penguin. Even the cover — a sea of penguins with one looking questioningly at another, title and credits a minor detail placed on a sticker — clearly conveys that this book is different. (The back cover includes the elements you’d expect to be on the cover.)

Penguin Problems is a very funny book and the dry humour reaches both children and adults. While almost shockingly negative at first, readers will quickly recognise someone they know in the pessimistic penguin and then happily follow along as Penguin pontificates about his troubles. It’s not a rosy-coloured, happily-ever-after kind of book. It’s different and that’s OK. In its own way, it shows young readers how some people see things, perhaps asking the question — Is Penguin’s life as bad as he thinks?