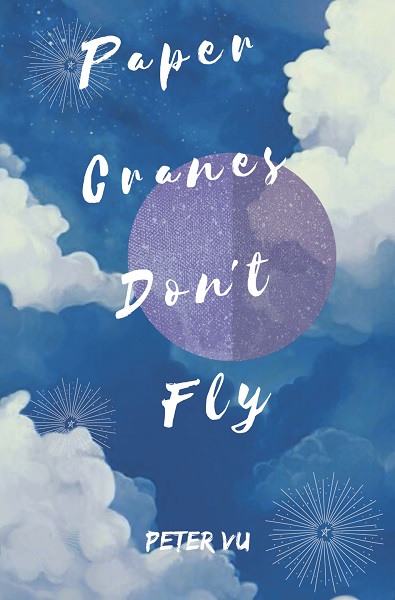 Adam Auttenberg is a lovely, intelligent young man, who is dying. His life has been spent in and out of hospital.  His story moves back and forth in time as he thinks over his life, always dwelling on the two people who have made his life bearable: his best friends Tess and AJ.

The author Peter Vu was himself diagnosed with a brainstem glioma at the age of six and has battled with the illness since, so his insights into hospital life, the life choices someone with a terminal illness makes and the type of support they want are realistic.  Adam says:

‘Having someone simply holding your hand is one of the most comforting and assuring things in the world.’

And everyday conversation with friends is comforting too:

‘And for the next ten minutes things are mercifully normal, for us. We just sit there having a conversation that revolves around nothing in particular…….My mood actually lifts. It always does when I’m in their company. It lifts so much that I almost manage to forget about Dr Harold’s chat with Mum and about my imminent departure. Almost.’ (p. 186-7)

Paper Cranes Don’t Fly is beautifully and realistically written, only slipping in the passage in which Adam remembers meeting his friend when they were both five years old. Unless both children were highly gifted, their conversations seem too advanced for their age.

Paper Cranes Don’t Fly is suitable for teenagers 14 and upwards. It would also be suitable for students training to work as nurses, counsellors, community welfare workers and social workers, as it provides such a valuable insight into the thoughts of someone who is dying.