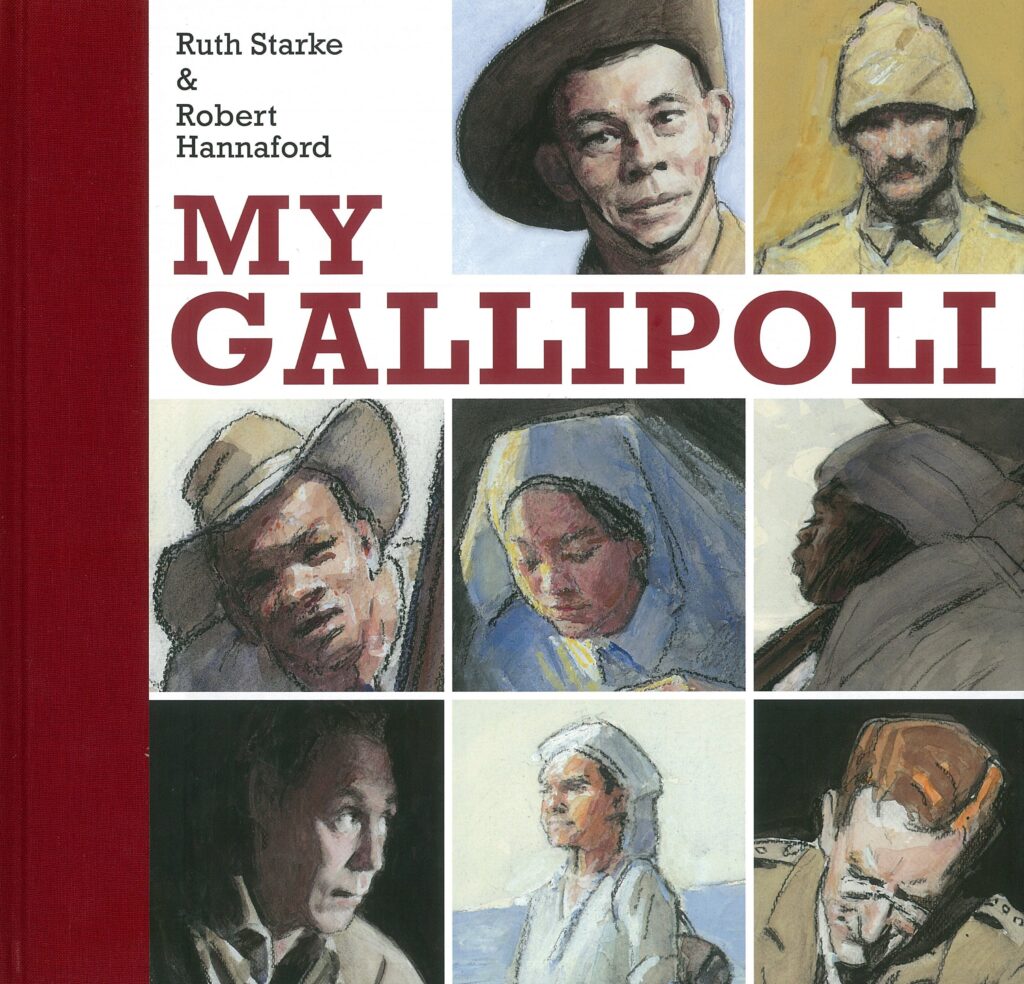 Going well beyond Anzac Cove and the eight months in which the ANZAC and allied troops occupied the Gallipoli Penisular in 1915, this engrossing picture book carries the story from 1914 up until 1919 and then 1990.  Each dated double-page spread carries the story from the point of view of many different characters, giving personal accounts of their Gallipoli experiences.

It begins with a Turkish shepherd boy just called up to the army, and thereafter  explores the Gallipoli Campaign from many perspectives – a sailor rowing boatload after boatload of troops to the first landing at Anzac Cove, Turkish soldiers defending the heights,  exhausted nurses, a sniper, war correspondent Charles W. Bean, Lieutenant-Colonel Mustafa Kemal (Attaturk), a driver of the Indian Mule Cart Corps, a New Zealand soldier, wounded  Australian solders of differing backgrounds, and  the perspective of a family back home. The accounts continue beyond the battles to cover the experiences of the Graves Registration Unit, and of official war artist George Lambert painting the landscape in 1919.  Decades later we hear from an elderly Turkish soldier, and the viewpoint of an Australian girl visiting her great-grandfather’s grave as the legacy of the Gallipoli campaign flows down through the generations and the families of all participants, from which ever ‘side’ they came.

Paintings are strong and insightful, with portraits capturing faces of the weary solders or strenuous action scenes in mostly subdued colours. The cumulative effect of the voices and images of such a range of characters and perspectives results in a profound, beautiful and thought-provoking book which should be read by upper primary and secondary readers. Highly recommended for its thought-provoking insights and multiplicity of viewpoints from not only ANZAC perspectives, which raise valuable discussions points for every ANZAC Day commemoration.  Teacher’s Notes are available on the Working Title Press website.