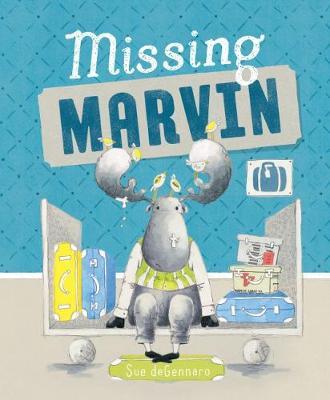 Marvin works at Baggage Handler’s United. He loves his job. Barry, Shelly and Ivan also work there but spend their days playing practical jokes. Unfortunately for Marvin, these jokes are usually on him. On the outside Marvin laughs, but eventually he begins to wonder ‘if a joke is only a joke when everyone is laughing.’ Finally he has had enough of being the butt of the joke and stops going to work. After staying home for a few days, Marvin realises the problem won’t go away on its own and takes steps to stand up for himself.

The text is simple, succinct and engaging. Much of the story is told through the accompanying whimsical and fun illustrations which convey both the problematic mischief the characters get up to, as well as their feelings. The characters are beautifully drawn animals, which makes the book more appealing and accessible for children.

With themes of friendship, courage, bullying and resilience, this is an excellent story for helping children learn how to tackle their problems and stand up for themselves. Recommended for children three years and over.