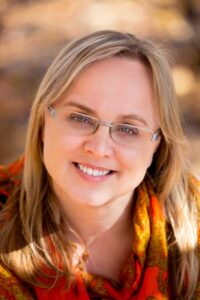 Paula Weston has just released her final book in the Rephaim series. We put to her a series of questions, to which Paula obligingly and generously responded. The review to Burn has also been posted, and there’s a link to it at the end of the interview. Thanks Paula for your thoughtful answers.

How did you get started as a writer?

I’ve been writing stories for as long as I can remember, including creating my own (badly drawn!) picture books in primary school. I wrote my first manuscript 20 years ago and received my first rejection letter not long after. But I’d fallen in love with the process of writing by then and went on to write four more manuscripts, two plays (both had performance seasons) and a nationally short-listed short story before being signed by my agent in 2008. It took another three years, more rejection and a decision to write something for fun, before Text Publishing signed the Rephaim series.

Which author(s) were your inspiration when you were young?

In primary school I read a lot of Trixie Beldon, Famous Five, Nancy Drew and anything with a horse on the cover! Elaine Mitchell and Ruth Park were the first Australian authors I discovered and loved as a child, and I was also swept away by C.S. Lewis’ Narnia Chronicles. By high school, I was devouring everything by Stephen King, Peter Straub and Dean Koontz, and then came J.R.R. Tolkien and David Eddings. I think my earliest inspiration was probably Elaine Mitchell because I remember carrying around my battered copy of The Man From Snowy River from about age 12. I also thought Jo from Little Women (Louisa May Alcott) was awesome.

Week days: I get up, walk my dog, check overnight emails and social media and have breakfast. I then go to my day job (occasionally checking writing-related emails and social media on breaks). Sometimes I’ll brainstorm plot ideas or outline scenes in a notebook during my lunch break. When I get home, I tackle any business work (I still have a writing-design consultancy with my friend Heather, from my days of being self-employed), and then squeeze in some writing if my brain has capacity. Otherwise I’ll watch TV and/or read for an hour or so before going to bed.

Can you describe your workspace?

When I write at home, it’s usually in my recliner in the lounge room with my Macbook Pro on a stable table on my lap. I don’t mind if the TV is on, as long as it’s not something I want to watch. I like being in the main living area as it means I can chat with my husband and feel like I’m still in the midst of things.

Any words of advice for young readers and writers?

The usual. Read lots, read widely and keep writing. As Anne Lamott (Bird by Bird) says: Give yourself permission to write a shitty first draft. Don’t give up if it’s not perfect. You can re-work it once you have something on the page. I honestly enjoy working on subsequent drafts more than my ‘brain dump’ drafts. That’s when things start to take shape for me.

Do you have a favourite book or character (your own or somebody else’s)?

Of my own books, it would have to be Burn, because it has two of my all-time favourite scenes, and so many important moments happen between characters. I’d be fibbing if I didn’t say Rafa was my favourite character to write.

As for other books, I love so many! Here are just a few of them, if you have space:

If you were not a creator of books for young people, what would you be?

Well, my other careers have been as a print journalist, a freelance writer, a government media adviser and a communication/stakeholder coordinator (I’m currently working a day job as the latter). So I guess I’d be doing one of those!

I’m a serious food-lover, but in thinking about this question I’ve realised I very rarely eat while I’m writing. It’s a practical decision – I can’t type and use a fork/spoon, and finger food makes a mess of the track pad. But if I do snack, it will mostly likely involve the packet of sea salt kettle chips my husband tends to keep on the table between his recliner and mine.  (I do quite like a cappuccino in the daytime and a red wine in the evenings while writing, though.)

I don’t have music playing when I write, as I tend to get drawn into the lyrics and away from the story on the page. But I do use music when I’m brainstorming, especially while driving. It’s no secret I listened to a LOT of Foo Fighters while writing the Rephaim series, but never when actually writing.

How much of yourself, or people you know, is in your books?

A lot more of myself than other people.  The Rephaim series is written entirely in first person present tense, so it’s probably not surprising that Gaby sounds more like me than any other narrative character I’ve written (according to those who know me well). I channelled my 19-year-old self to find Gaby’s voice – I was more impulsive and short-tempered at that age! Her voice came surprisingly easily, though, so perhaps we’re not all that different after all.

I think there has to be a little bit of yourself in every character – it’s unavoidable if you want to understand who they are and why they do what they do.

Tell us about your latest book. 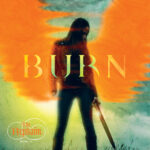 Burn is the fourth and final book in The Rephaim series. This is the book in which all the big questions are answered about Gaby and her past, particularly what happened between her and her brother Jude, what happened between her and Rafa, and how Gaby and Jude lost their memories. The entire Rephaim series is set over about 10 days and is meant to be read chronologically, so I don’t recommend diving straight into this one!

How significant is social media for you as an author in trying to either promote yourself and your books, and /or trying to connect with readers?

I’ve found social media is a great way to connect with people who already know and like your work. It’s excellent for interacting with readers and staying in touch with what’s happening in the publishing scene generally. I think it’s a very hard slog to use it as a broader promotional tool, because – generally – the only people who will actually read your tweets and posts are those who are already invested and interested. Catch-22, I know.

There is a growing group of YA authors in Australia promoting their books under the hashtag #LoveOzYA. Do you believe such movements are necessary? Worthwhile? Viable?

Yes, yes and yes. J I was at the initial gathering of authors and teacher-librarians where the #LoveOzYA campaign sprang to life (after The Centre for Youth Literature’s YA Reading Matters conference in Melbourne).

This is not a “rather than” campaign, it’s an “as well as” campaign. It’s not about saying don’t read the big international blockbusters, it’s saying read them AND look at all the great Australian authors you might like too. Australian publishers don’t have the budget to mass market every YA book they release, so many readers don’t even realise there are Australian books in genres they love. The #LoveOzYA campaign is simply about raising awareness and giving readers a more informed choice about what to add to their reading piles.

Early campaign material is just a start. The #LoveOzYA tag is an opportunity for anyone to jump into the discussion and share the love for locally written YA books. Plus, it’s important to keep our own literary scene alive and thriving to ensure Australian voices are being heard. That way, teen readers – and anyone else who loves and appreciates great YA – can immerse themselves in stories that resonate with them as being about them, as well as escaping into stories set in other parts of the world.

Why do you think teenagers respond to the mythology of angels?

I think teenagers (and adult readers) who enjoy any sort of speculative fiction do so because there’s something so appealing about the ‘other’, especially in a story set in a world that resembles our own. Often we feel powerless in life, so there’s something deeply appealing about the idea of another reality outside our own where other rules apply. Where people have powers that set them apart, that give them the ability to shape their own destinies.

But as for angels generally? I’m not sure. The angels and half-angels in The Rephaim series are warrior-types (rather than romantically-motivated guardians). Their story is about loyalty, love, consequence and sacrifice among friends, lovers and family. These are pretty universal themes that I think all readers can relate to. Of course, having characters who are young, fit, and with supernatural powers probably helps.

Have you noticed any distinctions between your speculative fiction fans and your young adult fans? Do you think these kinds of comparisons are valid?

I honestly haven’t noticed any difference among fans of The Rephaim series, certainly not based on age or reading preferences. (Although I have found some adult readers to be slightly less inhibited when talking about Rafa!)

Thanks for having me.