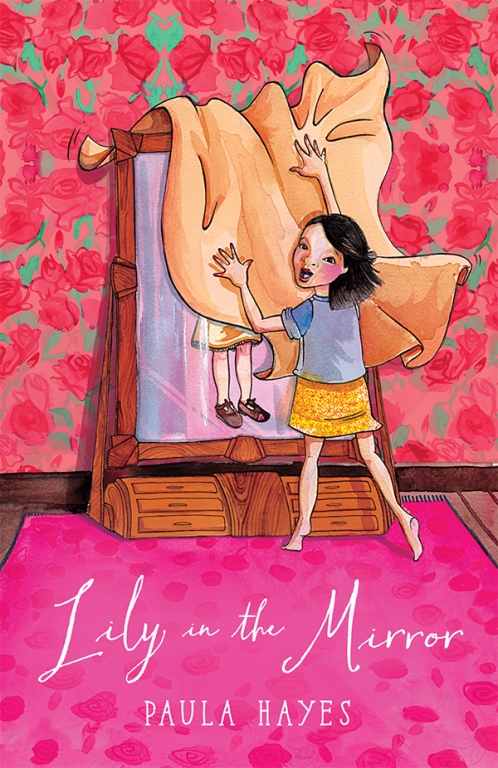 If dictionaries allowed photos, I think Paula Hayes’ Lily would be the picture next to the definition of ‘precocious’. Lily may be a bookworm and an introvert, but her voice and her heart are filled to bursting with the things she wants to tell the world, but doesn’t.

Lucy is Chinese, but diversity isn’t an overriding theme in the book. Instead, it is presented as something she is, in an otherwise regular family, i.e. a family with which any reader would be familiar – parents and grandparents she loves and siblings she tolerates somewhat.

In the end, I think what matters most is how Lily brings her family together. While visiting her grandfather, she encounters another Lily, trapped in a mirror in her grandparents’ house. It’s everything she’s ever dreamed of – dark and gothic, and not without a missing finger or two (which are treated with humour so as not to be scary to anyone but her big brother). From that point on, Paula Hayes unfurls Lily’s wildest dreams coming true as she investigates and realises that the Lily in the mirror is part of her family.

There’s a chance Lily, at 11 and talking in capitals and intialisms, might be too much for readers. I’m in two minds about this because I wonder if there’s a chance some readers might find her hard to relate to, but at the same time, there are those that will enjoy seeing Lily do and say everything they’ve always wanted to do and say.