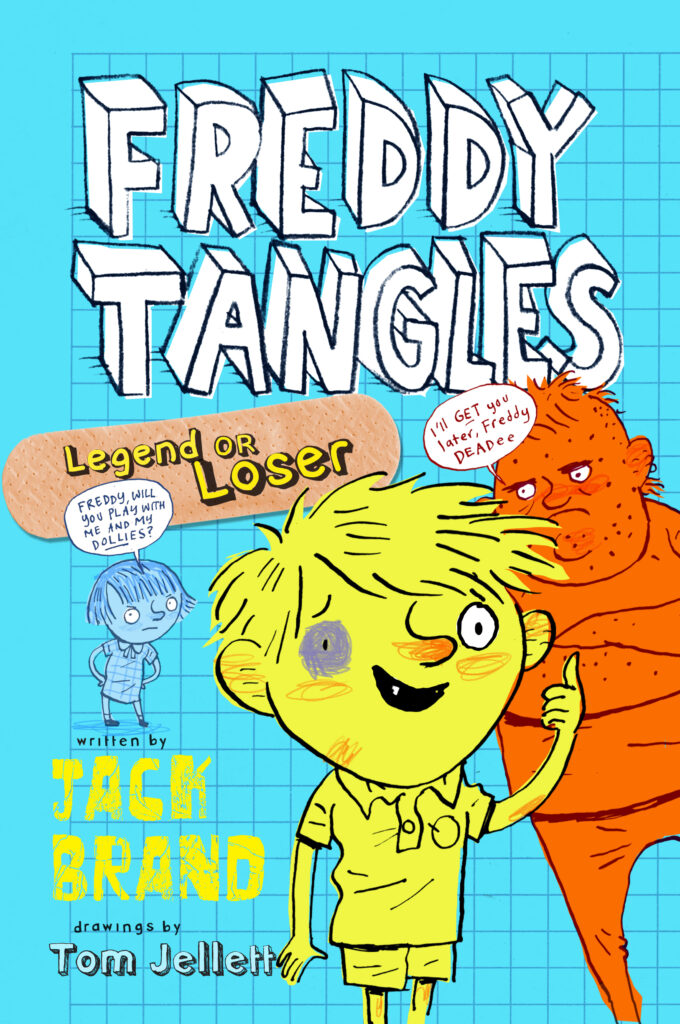 There is a lot to like about this new junior series in the tradition of Diary of a Wimpy Kid and Tom Gates. Freddy is a likable chatterbox, a wimp. He has a gang of quirky friends most notably Blocker – a kid of Russian extraction who comes out with funny sayings such as A fly cannot enter a closed mouth and the feisty Tabby who wins Freddy’s admiration with her courage and straight-talking.

The first book took a little while to warm up as characters were introduced, but once the main story about Freddy being bullied got going, I was hooked. The thing I really loved about this book is that, beyond the appealing cartoon-style appearance, it actually tackled serious bullying. Freddy is christened FartBoy and is teased and shunned; even his friends are teased for associating with him. Ultimately, even though he’s terrified, Freddy stands up to the chief bully. He is punched repeatedly but by refusing to back down and with the support of his friends, Freddy forces the bully to retreat.

The second book, Champ or Chicken, had a similar story line, strangely about a new kid who becomes a bully. Freddy fears he’s losing Blocker and Tabby to the initially charismatic Hugo. But in the hilarious climax in which Freddy rides a mechanical bull naked, Hugo reveals himself as a bullying, arrogant twerp.

These books are obviously designed to appeal to reluctant readers and certainly Tom Jellett does an excellent job with inviting illustrations. I particularly liked the ants which act as a sort of Greek Chorus commentating on the action.  Also worth noting; I handed one of these books to a visiting 9-year-old over Christmas and he began reading immediately. Highly recommended for low to middle primary aged readers. 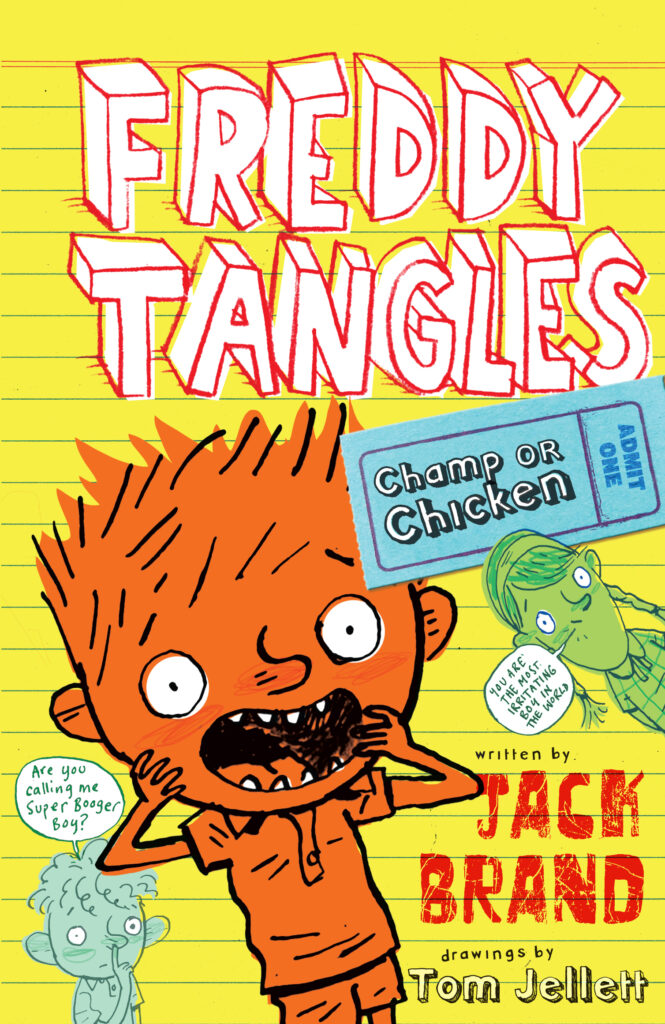