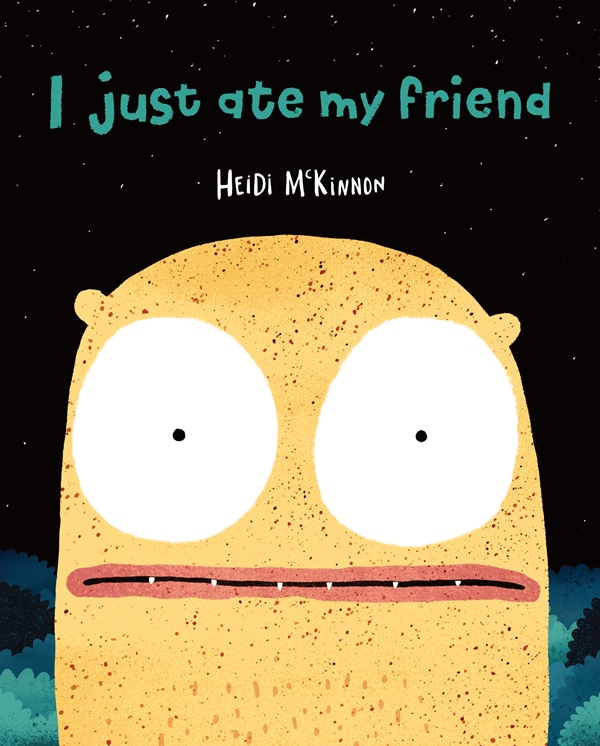 This is one of those delightfully dark picture books in the vein of Jon Klasson. At the beginning of the story, a monster confesses: ‘I just ate my friend’. He then asks lots of other monsters if they’ll be his friend. By the end of the story he finally finds someone who agrees to be his friend – but not for long!

Author-illustrator Heidi McKinnon uses a night-sky background in each spread with the large whites of character’s eyes given prominence. The different monsters, with their simple shapes and giant eyes, could be used as a starting-point for an art lesson. (I can imagine kids enjoying using it as a basis for drawing their own monsters).

The story has shades of meaning that slightly older children will appreciate; particularly a poignant spread in which our little monster asks:

‘What if I never find another friend?’

I Just Ate My Friend is a great read-aloud which taps into the universal anxiety about the need for friends, but with a hilarious twist which will have kids in stitches.