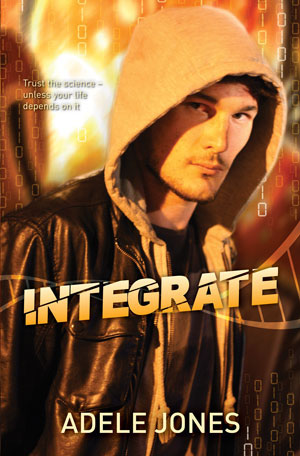 Blaine has a severe genetic condition which will cause an early death unless he continues to take Ramer’s Cure.  This is a medication developed for his unique condition by Professor Ramer, pills which have enabled Blaine to leave a wheelchair and have a normal life.  But Professor Ramer seems to have disappeared, and Blaine has fallen into the hands of an evil scientist, Dr Melissa Hartfield, who wants to advance herself rather than her patients.  It takes almost half the book for Blaine to escape from her clutches.  In Brisbane he meets up with his friends, twins Sophie and Jeff, is reluctant to call his parents, dodges the police and Hartfield, and is finally rescued.  Without Ramer’s Cure Blaine suffers the occasional attack which leaves him weak, but he is still able to evade capture until almost the end.

There is much discussion of Blaine’s illness, a mitochondrial disease which has mutated his genetic make-up, and a detailed picture of Hartfield, who becomes increasingly odious as the story develops.  The novel has tension and skilful characterisation, despite unlikely coincidences, and is likely to be the first in a series.