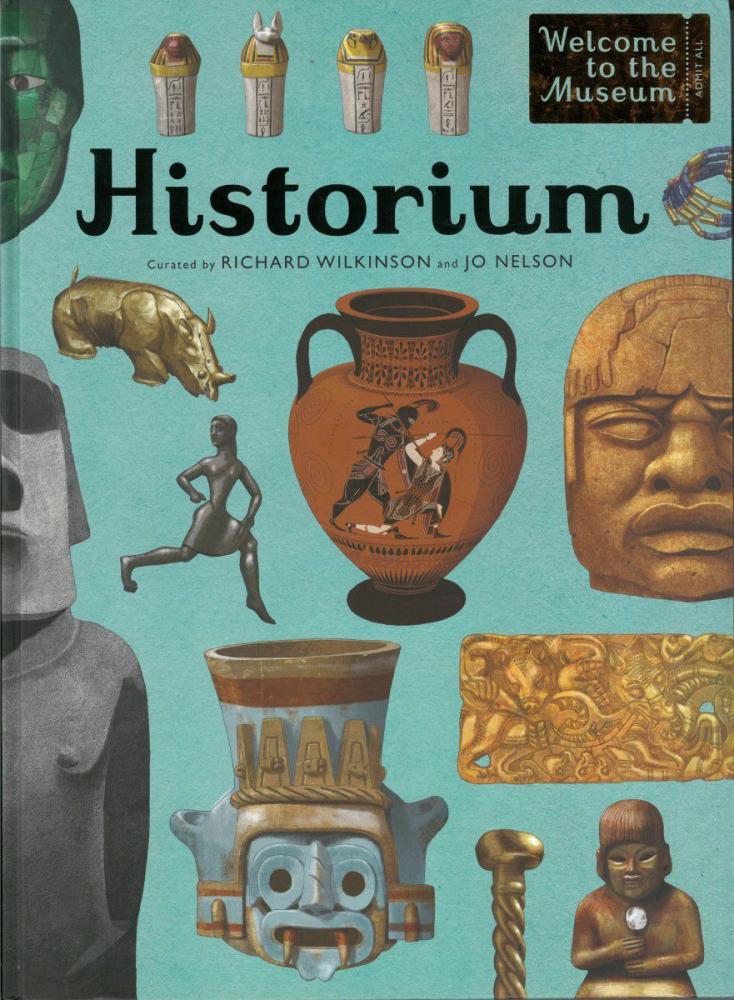 This educational book on the meaning of human artefacts from past civilisations is itself a remarkable artefact. At 37cm x 28cm it is as large as a small coffee table, but remarkably easy to handle and exquisitely made. The paper is of high quality, and Richard Wilkinson’s illustrations based on photographs, created in pen and ink, then coloured digitally, are breathtaking. The premise of the book is that you are entering a museum that houses 130 objects from ancient civilisations. Each one will be illustrated, with an accompanying text putting it into its archaeological context.

We learn for instance that the earliest stone tools, which were found in Africa, and date from about 700,000 years ago, might be an indication that humans from this long ago had some form of speech. There is the gilded coffin an Egyptian priestess (1250 BC), and an Egyptian dung beetle encased in gold on a necklace (1470 BC) as a sign of life that can emerge, if light enough, from the decay of death. There are artefacts from six regions of the world, including Oceania, where indigenous Australians mark the oldest surviving civilisation on earth. They were the world’s first known seafarers, arriving at the Southern continent as ‘boat people’ over 50,000 years ago. It took another 30,000 years for Aboriginal people to occupy the whole of the continent, including Tasmania. We have over 125,000 rock art sites as evidence of this ancient world, many of them at least 25,000 years old. Often the Aboriginal figures in rock paintings are dancing, flying, or hunting.

The repeated history behind many of these civilisations is that contact with European colonisers decimated them through disease, altered diet or war. There is something poignant about the fact that we remember and learn about the variety of cultures on the planet through these surviving (and often plundered) fragments.