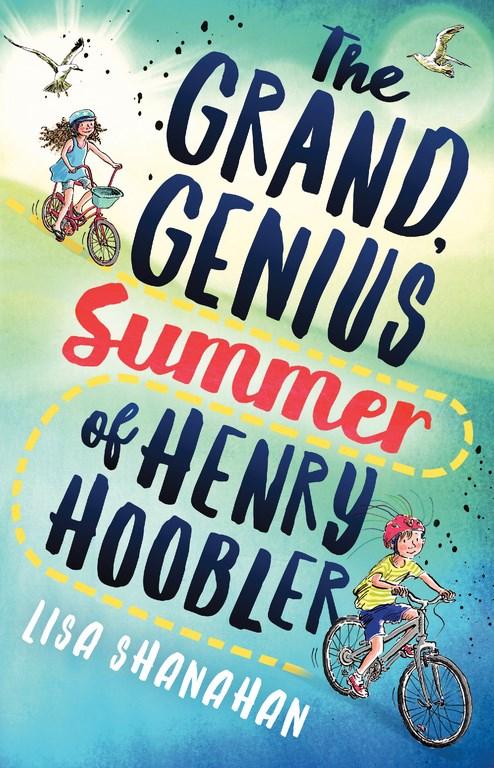 To say that Henry Hoobler is a worrier may well be the understatement of the century. He stresses about EVERYTHING! Things that you and I have never even imagined might pose a threat to daily life are major stumbling blocks for Henry. As he and his family leave home and head off for their camping holiday, Henry is so concerned that he can barely cope. And his biggest worry? The expectation that he will learn to ride and love his big new bike (the one without training wheels).

Meeting a special friend is the key to unlocking Henry’s anxiety and he slowly learns that worrying is normal. He eventually realises that the bravest people don’t, in fact, have no worries; they notice their worries and get on with doing things anyway. And of course, the more new (and scary) things Henry tries, the more he succeeds and the more he feels alive.

“Holy Gramoley! It was a grand genius summer. There were no other words for it.”

Lisa Shanahan does a beautiful job of weaving together Henry’s fears, thoughts and experiences with the unfolding of a typically Australian family camping holiday. Life lessons slowly unfold, and the stereotypes of certain age groups exist but in a familiar rather than derogatory way. Henry’s thoughts are well articulated and as such he seems a little older than he is written, however his age isn’t mentioned until so far through the story that it doesn’t matter anyway; we’re already on Henry’s side.

Readers 8 – 12 will love Henry and his adventurous holiday sidekick Cassie. This would make a perfect read aloud and classroom discussion novel (year 3, 4, 5) and every Australian school library should have a copy. A great, relatable, touching story.