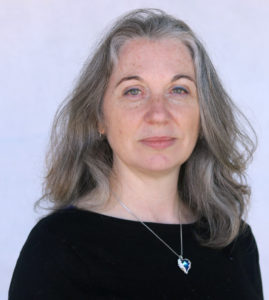 My first novel, Harlequin’s Riddle, was published in June 2017. Columbine’s Tale, the second book in the series, was released in September 2018. It’s amazing to see my books out in the world, being read and loved by people all around the globe. It’s been a long journey to get to this point and there have been times when my dream of being a published author has been as distant as the moon. But with every disappointment and every achievement I’ve tried to learn something, and what I’ve learned has helped me keep striving for my dream.

The dream began when I was about eight. I wrote a ‘book’ about Pasha the bear and his rollerskating little sister, Sasha. I wrote it in an old ‘page per day’ diary, so it looked like a proper, bound book, and I felt like a published author. Turns out getting published is not quite that simple…

My dream was pretty unformed when I was eight, but it was a seed that grew over the years. The important thing is planting the seed, and nurturing it. Not giving up on it, no matter what. When I missed out on winning the creative writing prize at the end of high school, I could have given up on my dream, but instead I learned to handle disappointment, and set myself a goal – to return to my school one day with my book in hand, a published Australian fantasy author. Having this goal gave my dream forward motion and kept me going during the difficult times.

In year 11 I had a wonderful teacher, a published, award winning poet called Sarah Day. She encouraged my love of words, and patiently read my stories. One day, I received a story back from her and she had written on it ‘you are a writer’. I still have that story, with her spiky writing. That was the day I began to understand the value of mentors and feedback. Sometimes they inspire you and sometimes they challenge you, but if you are lucky they help you find belief in your talent. 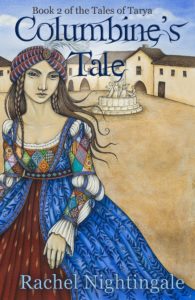 Skipping forward a (few!) years, I can honestly say I wouldn’t be a published author if it wasn’t for friends pushing me to keep going despite rejections, giving me their amazing input so I could solve problems in my work, and believing in me. I was on the verge of giving up in 2016, and only submitted Harlequin’s Riddle to my publisher because a special friend with a big heart told me I had to.  I am so grateful she did, because it changed my life. And I’m grateful for all the friends who have supported me along the way, when I only dreamed of being a published author, and when I had a book out there. Being an Australian fantasy author means being part of an incredible community.

Another important lesson for me was when I entered a play I’d written into a ten-minute play festival. I’ve wasted a lot of time being too afraid to put my writing ‘out there’ over the years, and I only entered this play in the competition because a friend told me I had to. I had just arrived in Hanoi, Vietnam, to teach, on the night the competition winners were announced. I was checking into my hotel when I discovered that my play had won both the people’s choice prize and the judge’s prize. That was a huge highlight for me, but ultimately that was less important to me than the night, a week before, when I went along and saw my play performed.

It’s not the cheeriest of plays, since it’s about a young woman who has just been told she has terminal cancer. As I sat in the audience I was terrified people would find it too serious. But I realised a few minutes into the play that I could hear someone weeping. As I looked around, I realised members of the audience were deeply affected by the play. It had been a difficult play for me to write, because it drew on my experiences as a social worker in the field of oncology. But I had wanted to write it to honour the people I had worked with. Seeing how others reacted was the moment when I realised the profound impact writing from the heart can have.

Like most writers, I find criticism really challenging, so undertaking a degree in Creative Writing was a pretty 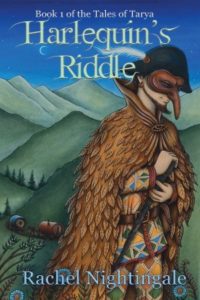 traumatic experience. I had two supervisors who wanted to read what I wrote before I’d even managed to rework it. And I had to present my work to panels of academics. And they didn’t hold their punches. But I soon discovered that, while some of the feedback I received was about their own biases, or because they didn’t ‘get it’, some of their feedback was really valuable and helped make my writing far better. Once I began to value criticism, and to develop skill in sifting through it and applying it, I began to consider myself a professional writer. Anyone can write, but to get good at what you do, you have to consider writing to be a craft that requires a lot of work. And part of that work is being willing to accept feedback, and to revise and edit as much as is needed.

So I guess what I’ve learned is to have goals, to find mentors who will help you and sustain you, to find your heart and pour it into your writing, to recognise that writing is a craft that needs continuous effort, and to value the community of incredible writers and readers that you find along the way.